It's Do Or Die For Michigan

It's Do Or Die For Michigan

Michigan takes on Iowa Thursday afternoon at 2:30 in Canseco Fieldhouse (bracket). If you have nothing better to do with your time you can watch the contest on ESPN 2. I will likely take a peek sometime during my 2:30-4 lecture on ESPN360.com, that is if I remember to pack my laptop when I leave my room for the day at nine in the morning.
The winner, in all likelihood Michigan, will play Ohio State on Friday at noon.  If Michigan somehow pulls off the upset against the Buckeyes I’ll be shocked but not overly excited because Wisconsin will probably be there to put the hammer down on the Wolvies Saturday.  Michigan lost to the Jon Leuer-less Badgers by six on the road and then stunk up the joint at home against them losing by 18 (again Leuer-less).
DeShawn Always Left Fans Wanting A Little More 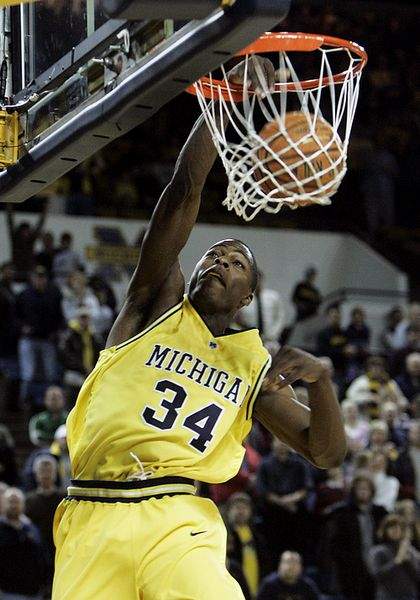 As DeShawn’s career comes to a close this quote from the senior will likely be how he is most remembered (from Wednesday’s Michigan Daily):
“Once you know that you have to put it all on the line and you don’t have another game, it’s easier to play that way,” Sims said. “We knew had another game after Michigan State and another game after Minnesota. If you know you get another chance you kind of take it for granted but if you know there’s not another chance you put it all out there.”
Is it really that surprising Michigan failed to win more games than they lost this season?
Sims is a nice and articulate guy, but leadership has never been his strong suit.  Unfortunately leadership is what this team has sorely lacked the entire season.
The above quote is basically the 09-10 season in a nutshell.