Oakland A's to Sell "Get Off My Mound" T-Shirts

Oakland A's to Sell "Get Off My Mound" T-Shirts

The New York Yankees are back in Oakland for the first time since the dispute between Alex Rodriguez and Dallas Braden, and the A’s are having a bit of fun with it. The A’s will be selling “Get Off My Mound” t-shirts during the series. Sound familiar? It should.

D4L hasn’t seen the t-shirt design yet (something about a contract dispute and hot dogs, I’m not sure), but I can only hope they use Braden’s likeness to make it more intimidating. 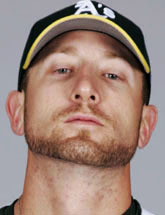 Yeah, A-Rod better be scared, even if Braden is on the disabled list right now.