What they are saying about Redskins 16, Jets 11

What they are saying about Redskins 16, Jets 11

The Washington Redskins won their third preseason game by the oddest of scores, 16-11, over the New York Jets. While the coaches tear through game film to evaluate players, why don’t we take a media spin to see how this story is playing out.

“Only one preseason game remains before the stakes become much higher for the Redskins under Coach Mike Shanahan, and it appears Albert Haynesworth will be a big part of Shanahan’s plans after all.”

Parker gets his shot, but Johnson shines

[Willie] Parker, who had only one carry heading into Friday’s contest, said he wants to play as much as possible in the preseason finale next week — a game he would have sat out of as a starter in Pittsburgh. ‘I’d rather run the ball no matter what. Even if it’s the preseason, I still want to get out there and show [what I can do],’ Parker said.”

(Parker said he did not get in a rhythm with the offense. He rushed eight times against the Jets, but only gained 16 yards.)

“Sanchez was erratic in the Jets’ 16-11 loss to the Redskins, a final dress rehearsal that the starters would love to forget. Six days after the first-team offense sputtered in Carolina, Sanchez & Co. looked lost for the better part of Friday night.”

“Larry Johnson, competing with Clinton Portis and Willie Parker for a spot in the backfield for the Redskins, caught a screen pass from Richard Bartel and rumbled 15 yards for the winning score with 2 minutes, 13 seconds left.”

~AP summary in The Philadelphia Inquirer

“EAST RUTHERFORD, N.J. —The Jets worked all week at practice to establish some semblance of “rhythm” on offense, which has been an elusive concept throughout the preseason. With second-year quarterback Mark Sanchez under center, and the celebrity glare of HBO’s “Hard Knocks” intensifying the challenge, many of the players acknowledged wanting—no, needing—to unearth some consistency against the Washington Redskins on Friday night.

“But with each incomplete pass and every stalled drive, the Jets fell woefully short of that goal at New Meadowlands Stadium. For the brash, self-professed Super Bowl contenders, it was another uninspired effort. To date, Mr. Sanchez & Co. are a work in progress at best, something close to a disaster at worst.”

Hitting the bench gets new meaning for Woods, Redskins and Clemens

“People in Nashville still double over with laughter when discussing how Haynesworth became a $100 million player in Washington. His two great seasons with the Titans came when he had a contract on the line, his temper tantrums were epic and his offseason training sessions were spent mostly in the drive-through lane.”

“Clinton Portis, the Redskins’ top running back, saw limited action in Friday’s 16-11 win over the New York Jets and returns to Washington with an ankle sprain. It’s indicative of an offensive unit that has hobbled its way through the preseason schedule, revealing as many problems as it has strengths.”

“It’s less of a rehearsal if the starting quarterback can’t play. And it’s not much of a test of the running game with the fullback out. Yet either of those circumstances could come to pass (or run) during the regular season. Teams lose front-line players to injury and need to know what the backups can do.

“‘It wasn’t a perfect game, by no means,’ Redskins head coach Mike Shanahan said. ‘But it was a start.'”

Offense’s TD Not Enough in Loss to ‘Skins

‘”We did some good things rushing the ball,’ [head coach Rex] Ryan said of the LaDainian Tomlinson

-fired ground game rolled to 161 yards at 5.0 per carry. ‘That’s a positive — that’s who we are. But the big part of losing the game, and you’ve got to give the Redskins credit, is four turnovers. That was a stat that jumps out. We’ve got to do a better job in the red zone. We just have to start punching things in.'” 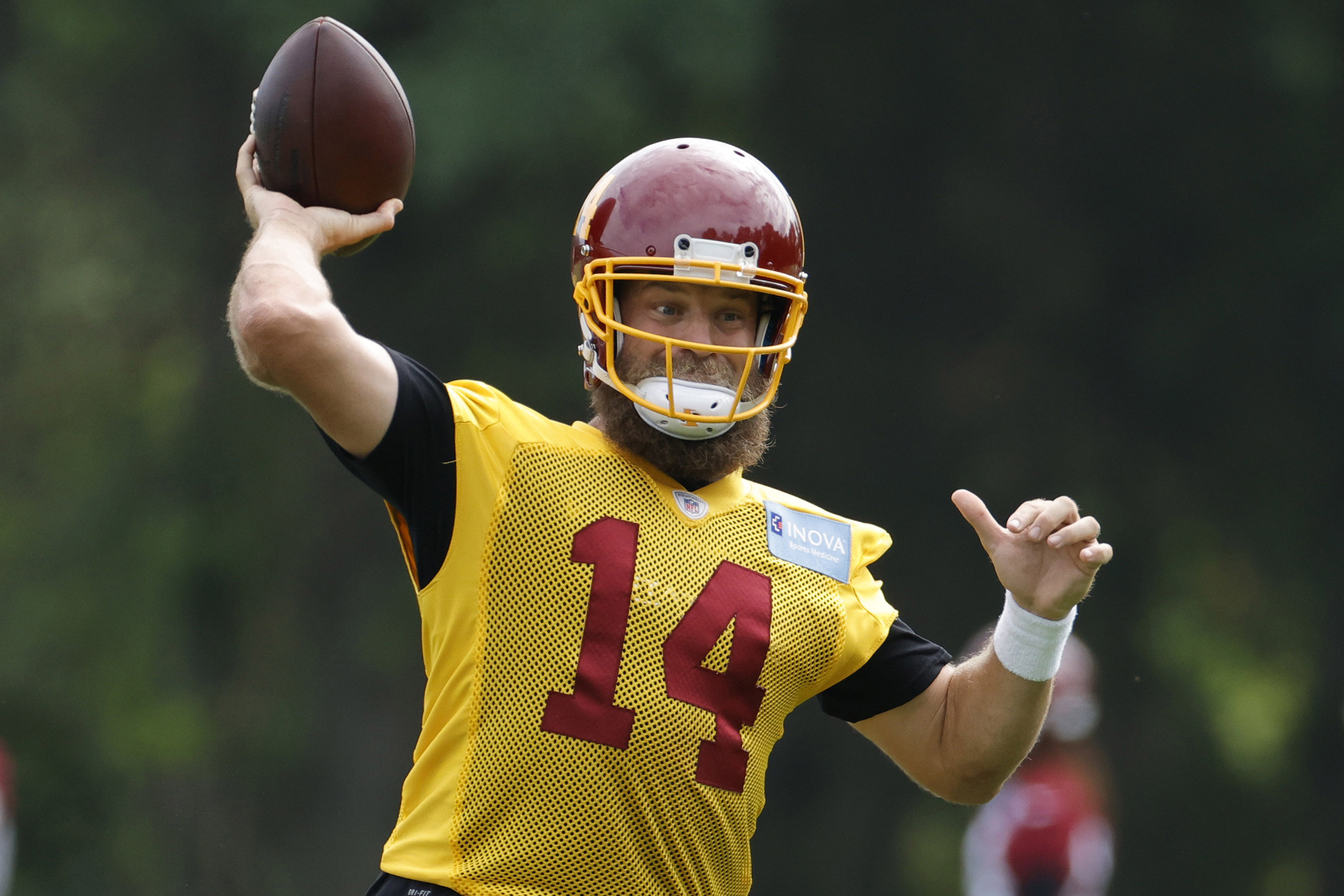