A random doucher of a Yankees fan interfered with Texas’ Nelson Cruz on a fly ball to right field in the 2nd inning of tonight’s Yankees-Rangers game. Naturally, D4L came through with indisputable photographic evidence of the play (and in the 3rd inning of the same game, no less). 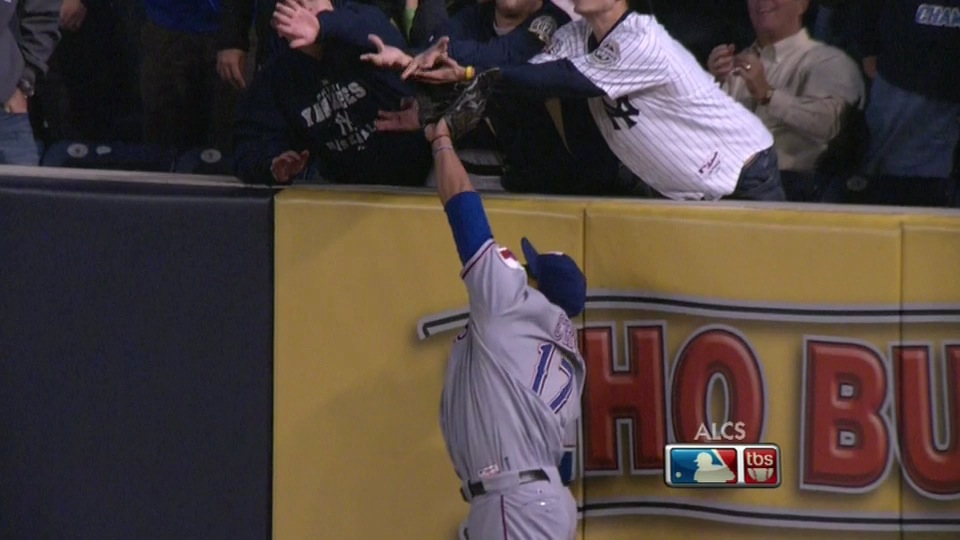 And here’s another angle.

The play in question, wrongfully determined to be a home run by Robinson Cano, has the internet (Twitter, mostly) going nuts about Jeffrey Maier 2.0, and how much of a douchebag he was for taunting Cruz after stealing his baseball. Check out the doucher and his fat friends after the jump.

Cast of characters in the front row from L to R: Turtle, Snooki, Doucher’s Sidekick, Interfering Douchebag, Fat Ass (actually sitting in the second row but his gut and FUPA are in the front row), Patton Oswalt and son.

As you can see, Interfering Douchebag can count to two, but not much higher. Doucher’s Sidekick is proud for his friend’s amazing academic achievement. Fat Ass is eyeing the cotton candy vendor in the next section. Turtle and Snooki are too drunk to really know what the fuck is going on right now.

More taunting by Interfering Douchebag. Turtle joins in the fun, while Doucher’s Sidekick points out that his friend is wearing a Yankees jersey and hat in classic doucher style. Patton Oswalt points out to his son that this is a baseball game. Random arm (above Oswalt) throws in an advertisement for Apple because Steve Jobs is taking over the world. 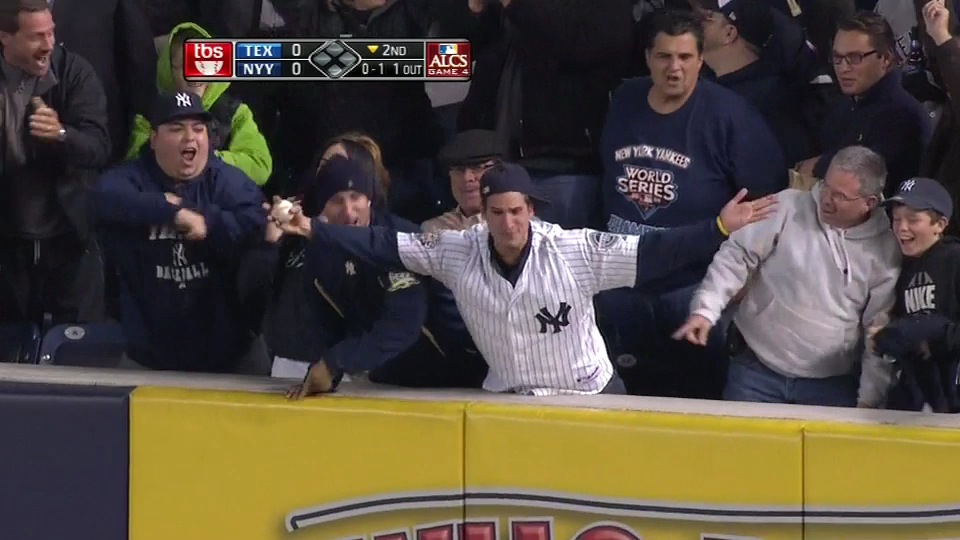 Interfering Douchebag has succeeded in turning Patton Oswalt’s son into a Jankee fan. Newly introduced Man Sitting Behind Interfering Douchebag wonders if this incident will hurt his stock portfolio, then checks to see what the score is and what inning (this is baseball, fuckwad) it is.

UPDATE: Here’s a handy .gif of the Yankees Doucher in action. [via SB Nation]

God dammit I hate the Yankees.