Only watch this video if you (a) enjoy having your balls twisted into knots repeatedly or (b) are a Michigan State fan.

John Gasser’s banked prayer of a three probably killed what little hopes Michigan had of landing an at-large bid to the NCAA tournament. I’m not gonna name who left Gasser open, but you can probably figure it out if you watch that clip enough times. 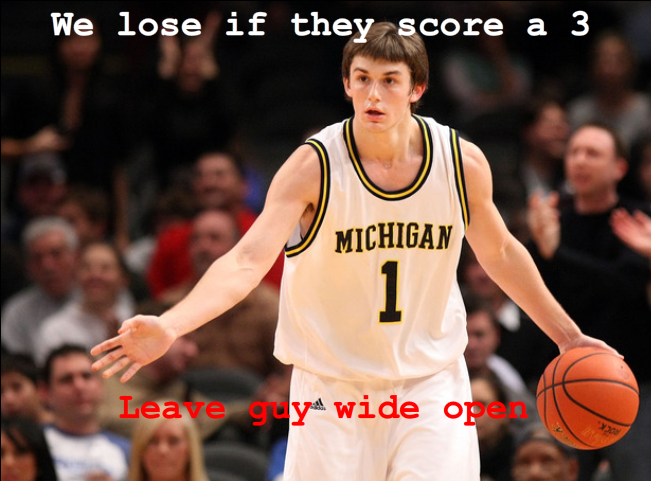