It is on NESN. Let the battle begin!

It is on NESN. Let the battle begin!

Regrettably, much of the Days of Y’Orr crew missed last night’s Bruins game against the Edmonton TaylorHalls. We hate missing Bruins games. But Flogging Molly only comes around once a year, so sacrifices had to be made.

We got home from the show and decided to wind down with a little internet time. Check hockey scores. Check email. Curse our fantasy hockey teams and threaten to trade everyone. Then we checked Twitter.

We had tons of messages about NESN using one of our photoshops. We had made a couple of mock movie posters using The Fighter as inspiration. We make mock movie posters a lot around here. They of course featured Shawn “Wayne” Thornton.

We were scrambling to see if anyone had any screen caps of this whole NESN business. But as we scrolled through our Twitter messages more, the truth came out. NESN had not used our photoshop, but rather a ripoff of what we had done. It was at this point we received a text message from DOY GM Patrice Purrgeron that simply said “It is on, bitches.” 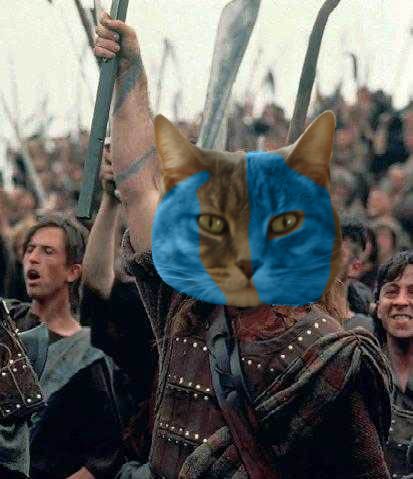 The war song was played.

Hey, maybe it is just coincidence. But how about we take a look at a few things here: 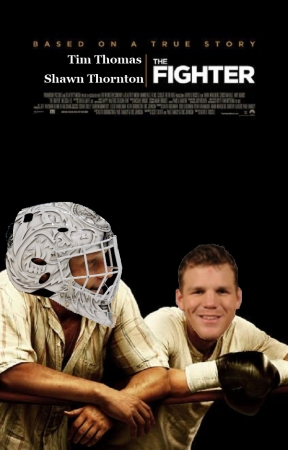 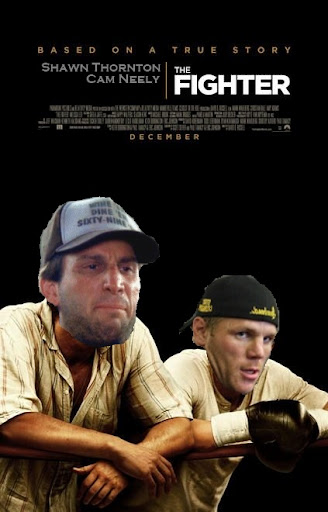 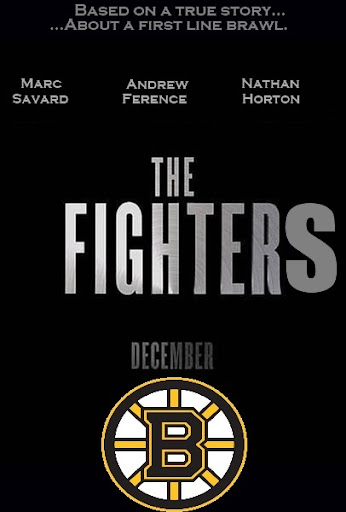 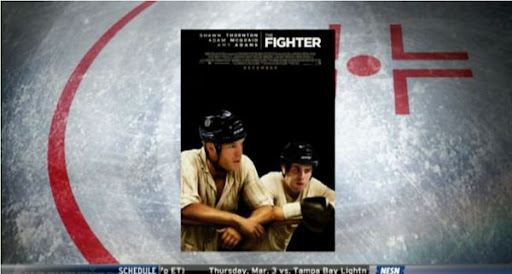 Hmmmm….. interesting. Then they proceeded to do more Bruins related movie posters! That is our gimmick! 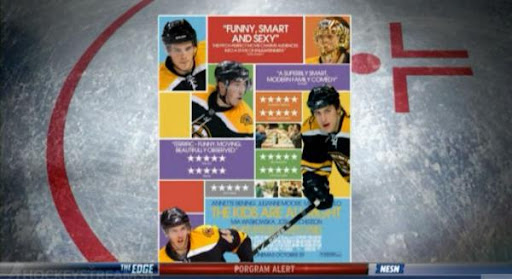 Way to spell “Program” wrong, too. 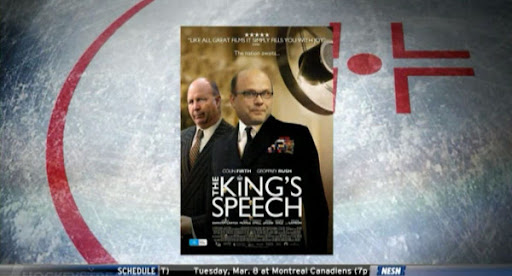 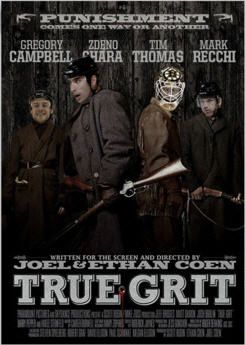 As you can imagine, GM Patrice Purrgeron did NOT take kindly to this. He called up the Days of Y’Orr crew and told us to get ready. 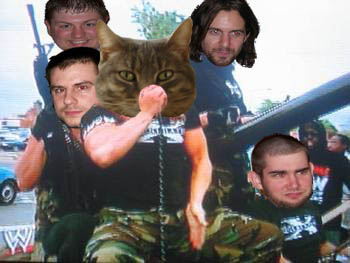 He told us to get our flak jackets and paint ball guns ready. 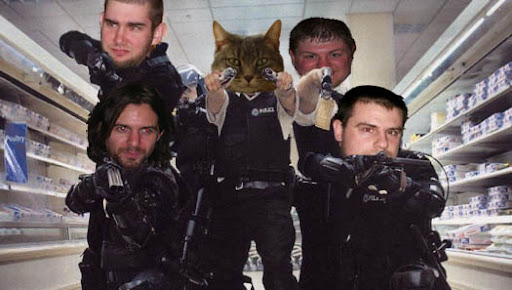 He told us to call Angry Bear, head referee expert Helen Keller and ace reporter Brian Fantana as back up. 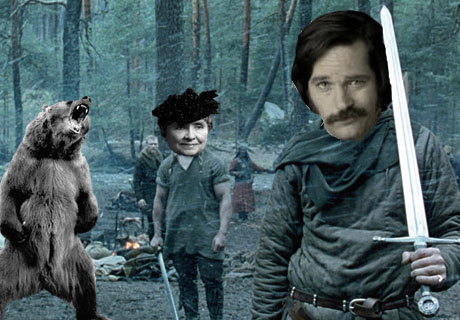 This isn’t the first time NESN has suspiciously  “come up” with an idea and portrayed it as their own.

There is a gentleman who goes by the Twitter handle @acr1120 apparently created some cards for the original Jack Edwards Bingo idea that was then presented on Hub Hockey and circulated by Stanley Cup of Chowder.

It is kind of funny…. for a station that carries the Bruins, NESN often has very little respect for them. Classic example, highlight by our pal Craig F.

“After Saturday Night’s Bruins game they went straight to NESN Daily, do you think they opened the broadcast with a recap of the B’s game. Nope, they open with the Red Sox beating up on College Kids.”

Yeah… because showing the Red Sox facing college kids was better than discussing one of the Bruins best and most important victories of the season. Not like they were facing the best team in the NHL or anything….

And yes, we know NESN is owned by the Red Sox. Still. Go F yourselves. Hockey is infinitely better than boring ass baseball. Remember when NESN refused to show Bruins pre-season games, even after the Sox were eliminated from the playoffs and no one was watching anyway?

But hey, NESN is the only place you can watch the Bruins. Doesn’t mean we aren’t prepared to fight this corporate giant. F you NESN. It is on.

We know, ideas are hard to come by and we’re flattered you think we’re awesome enough to try to take on our gimmick but we’re going to have to rise up against you now.

NESN launched the first blow. But now the war is on! No one steals our gimmick but us! And now NESN must pay!!!! It is on NESN. You’re going down. 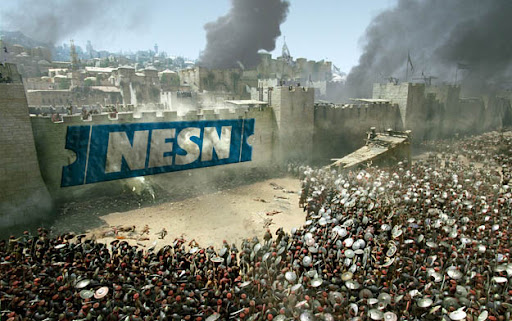