Will Rhymes Has Won The Job At Second Base

Will Rhymes Has Won The Job At Second Base 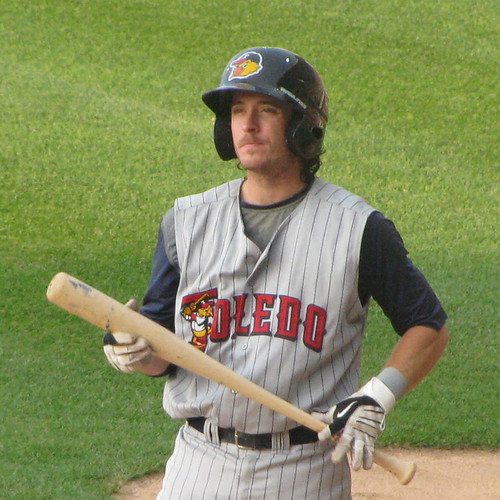 The 2011 Detroit Tigers roster just received a shot of scrappiness with the announcement that Will Rhymes, the 4 foot 8 inch second basemen, has won the job over Scott Sizemore. Of course you have fond memories of Will Rhymes because he came out of nowhere last year and gritted out a .300+ average and also because Will Rhymes was the name of your middle school hip hop group that you started. Still, it’s somewhat of an upset that he was able to beat out Sizemore for the job. Sizemore was the much more ballyhooed prospect and was healthy unlike last offseason. Personally, I believe Scott Sizemore’s ridiculous batting gloves were the chief reason Rhymes won the job.

I really believe this is a negative development for the prospects of the 2011 season. To put it simply, Sizemore really was one of the very few position players that there was some excitement about. There was hope that the 2011 season might be his breakout season, and the fact that Rhymes beat him out might signal that the 26-year-old Sizemore will never make the impact that we hoped he would. Don’t get me wrong, I like the skills that Rhymes brings to the team, but Sizemore’s ceiling has always been much higher. Rhymes’ ability to lay a bunt down, and take an extra base is something past Tiger teams have been lacking. Also, his fielding is much better, and that might be more important than ever with Peralta, Magglio and RaBoesch seeing time in the field. But Rhymes likely will never be a consistent gamebreaking offensive threat.

Most importantly, the inclusion of Rhymes on the 2011 roster means that we can look forward to Rod describing him as having exceptional “grit, “heart” or “scrappiness” likely multiple times per game.  I’d put the initial line at 1.5x per game if betting on Rodism’s is how you get your jollies.