Lions Dominate 2011 Draft, Will Probably Win the Next Super Bowl

Lions Dominate 2011 Draft, Will Probably Win the Next Super Bowl

It’s still a weird feeling for Lions fans to not have to spend the entire NFL draft in the fetal position, but it’s definitely something we’re getting used to. For the third straight year, the Lions came away from the draft a much better team than the day(s) before, even if we can’t understand Nick Fairley.

While I (and most fans) wanted the Lions to pick CB Prince Amukamara with the 13th pick, there’s not much you can argue against taking the bad ass mofo that was projected to be the #1 overall pick for most of the offseason. Fairley will pair with Ndamukong Suh to immediately make the defensive line one of the best in the league from the minute that a new collective bargaining agreement is signed. 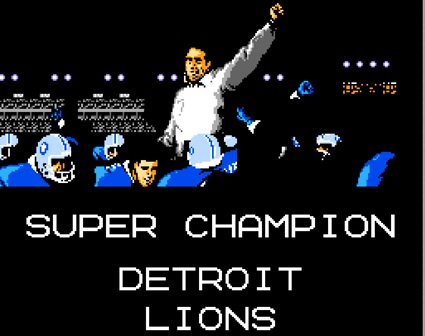 Despite being a second round pick from a fairly prominent college program, I have never heard of Titus Young before. But I like this pick for three reasons: (1) people are using words like “lightning” and “dynamite” when talking about him, so he’s fast; (2) Barry Sanders announced his pick, further cementing the fact that he’s fast; and (3) he’s already getting rid of other dead-weight (read: not fast) receivers.

This guy has “BEASTMODE” written all over him.

I don’t know dick about Doug Hogue or Johnny Culbreath, but with the lack of depth at linebacker and on the offensive line, respectively, these picks were much needed for the Leos. If either of them pans out in the long term, it’s just more reason for fans to continue to trust the new Lions regime.