So much for revenge. The Wings lost Games 1 and 2 with their series against San Jose over the weekend, both by 2-1 score lines. They now head back to Detroit with some serious catch-up work to do on Wednesday and Friday.

I’ll admit, the officiating has inconsistent, but remember that this is the NHL we’re talking about here. Consistent officiating doesn’t exist. That being said, the referees are not why the Wings are losing this series. The Sharks are dominating every aspect of this series, both physically and mentally. Case in point, via Fear the Fin:

During the first two games of this Conference Semifinals matchup, Wings goaltender Jimmy Howard has had more snow in his face than Rick James at Studio 54 in the early 80’s.

Plain and simple, the Sharks have gotten into the collective heads of the Wings lineup. The Wings are taking uncharacteristically bad penalties and resorting to after whistle scrums when baited by subtle jabs and nudges from Sharks players. Basically, the Wings have become as frustrated as the teams they usually provoke into stupid penalties and bad mistakes.

Still, with the series shifting to Detroit and an extra day of rest in between, there is plenty of time to right the ship. And at least we’re not the Washington Capitals, who lost both of their two games at home, despite having the Doggfather on their side. 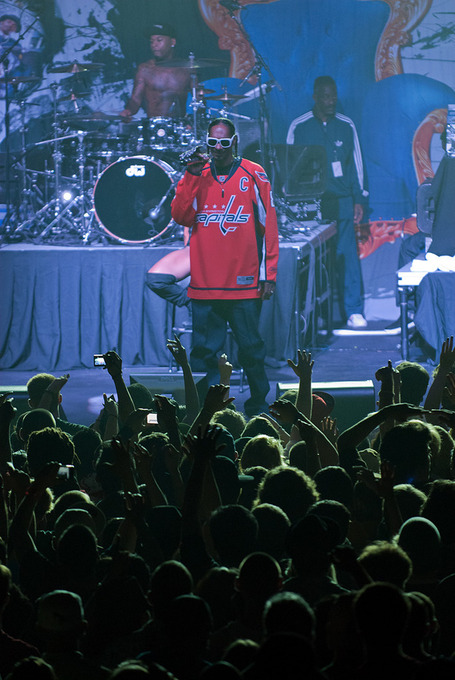