Oh God. I remember the first time I saw it. I was staring into my television, wide-eyed and mouth agape as I followed its movement with the precision of a lion stalking a gazelle. I was agast at it’s complexity, at the raw emotion that poured out of it. Every inch of me needed to touch it, to hear it’s story. I can only imagine the tales that could be heard from that magnificent facial feature that lesser men would kill for. I had to know how it got there. I had to know how this beacon of manliness and masculinity, oozing of proverbial machismo that would make Razor Ramon cower in fear, came to be. I sat there, pondering at what could have happened. The list that is about to be presented to you is:

5. Happy Gilmore Successfully Cut Someone With His Skate 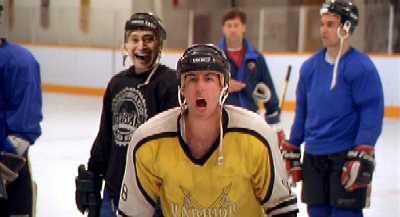 The year was 1996 and Guy Boucher was a year away from becoming an assistant coach with the McGill Redmen. Guy was always a resilient fellow and thought he could have one last at making it in the big leagues. He had to live out his dream of becoming a superstar in the NHL. Guy suited up one last time and tried out for his local club, but ran into a guy by the name of Happy Gilmore. Happy wasn’t very happy at all. Once Happy found out that he didn’t make the cut, the next thing cut was Guy’s face.

4. Lost His Fight To Simba 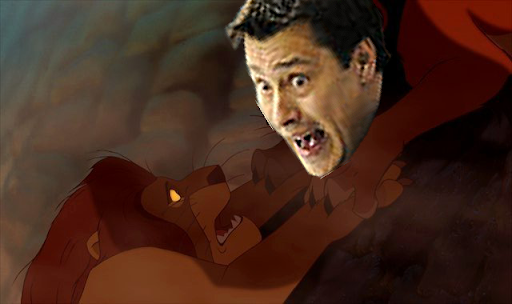 That’s what you get for killing someone’s father, dickhead. 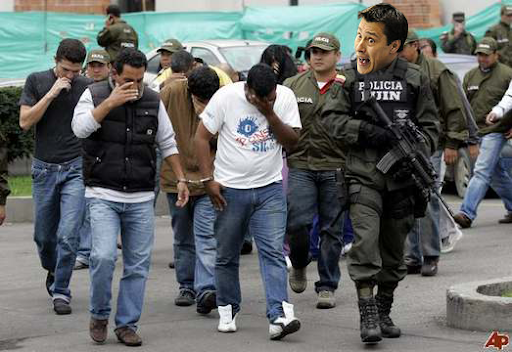 It was only a matter of time before the FBI called Guy to use his badassery in Colombia. Those guys traffic drugs like Tim Thomas eats cheeseburgers the day before a game. For those who don’t catch my drift, that’s a lot. A lot of baby powder bro. I’m getting off track here. In 1987, Colombia was producing a shitload of cocaine and smuggling it into the United States, which was then cooked and made into crack*.

*I’m completely bullshitting, I have no idea the cocaine to crack method.

Because of the implications it could cause the United States, the US used Guy’s ninja-like stealth to get into Colombia and bust the drug lords. Unfortunately while in a struggle with the great Czar or whatever they’re called down there, his parrot flew down and cut Guy’s face. There are rumors that the movie “Scarface” is based off of these tales, but instead of Colombia, it’s based in Cuba. And instead of being white, he’s Cuban. And instead of being in the FBI, he’s poor. You get my drift.

2. He Did It Himself

Who wouldn’t want to be the stand-in for Leo from Grease? Dude was the leader of the Scorpions, drove a sick fucking ride and almost got it in with Rizzo.

1. Wrong end of the knife fight from Michael Jackson’s “Beat It” video 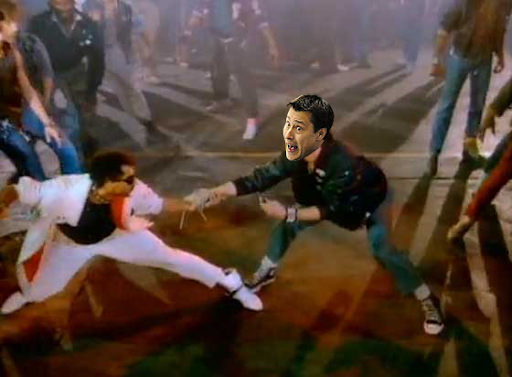 Look, living in the 80’s was not an easy time. Women wore jackets that had shoulder pads than JS Giguere when he won the Stanley Cup, Rocky was fighting in victory and falling to such lows the Detroit Tigers felt bad for him. Lionel Ritchie was making straight men cry tears of unfathomable sadness and Wham! was asking to be woken up before you go, go.

A man can get lost in the 80’s and I believe Guy was one of those lost souls. I’m not advocating to tie yourself to a complete stranger and have a knife fight that works strangely well to the guitar rift of “Beat It”, but when an asshole in an all white suite and black Aviator sunglasses talks mad shit about your girlfriend’s overuse of Aqua Net hair spray, you have no choice.