Maybe ESPN has already realized that both the NBA and NHL Finals are a total joke this year, but I’m willing to bet someone is going to get a talking-to tomorrow morning for this one. 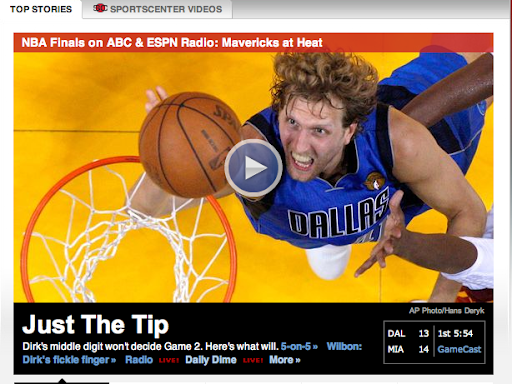 And if that wasn’t enough, the clever bastard writing these headlines got even more daring.

Apparently somebody said something after this one, because headline #3 of the night is a bit more tame.

UPDATE: Not as risque as earlier, but at least the foreplay is over.