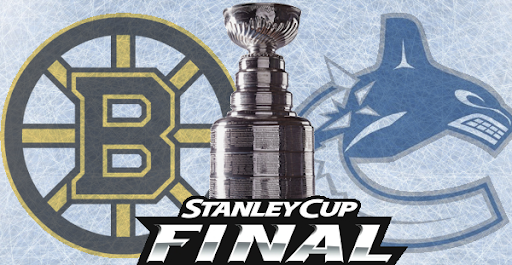 I’m going to go out on a limb here and say that no matter what happens tonight, the score will be close. So now that I said that, whoever wins is going to win by a lot. I’ll be completely honest with you guys, I totally missed Game 2. I know, I’m a horrible fan but when your cousin gets married, you need to put things into perspective. To be fair, I looked fantastic in a tuxedo and I didn’t have to trim my beard. Win fucking win baby. Also, my entire table was glued to their cell phones with score updates.

By now we all know what happened in Game 1 and Game 2. The most encouraging thing I took out of Game 2 highlights is that the Bruins can hang with Vancouver. Look, Thomas shouldn’t have come so far out, plain and simple. There’s no reason to defend the guy and you can’t really support his decision. He fucked up.

With Thomas out of position, it was up to Chara to do something about Burrows. I’m usually not in favor of Vancouver’s power play being out on the ice, but in that situation Chara has to do ANYTHING to stop Burrows from getting to the net. It doesn’t matter what. Interfere with him. Punch him in the face. Kick his wife. Anything except let him push that puck into the net.

It was a cluster fuck. It’s what I would imagine Rumpelstiltskin would taste like.

I’m also sick of hearing people complain about Alex Burrows playing in Game 2. Driving home from the wedding I heard “Aw, Alex Burrows shouldn’t have even been playing dude!” and “Alex Burrows bit someone!” on the radio. On Twitter I read about how Burrows should have been on level 9 watching the game. The fact of the matter is that Burrows played and his fingerprints were ALL OVER the game.

The fact of the matter is that Burrows did play in Game 2 and bitching about it isn’t going to help. The Bruins are down 0-2, but are heading home.

If Boston wants to win Game 3, they need to limit their mistakes. Boston has played well the past two games, but they still haven’t played their style of hockey. I’ve heard some fucking ridiculous statements that “Boston just needs to go out there and check and fight”. Are you shitting me. First off, fighting in the Stanley Cup Finals is a rarity because the player doesn’t want to get hurt (broken knuckles, jaw, etc) or receive a penalty (hello instigator penalty) and put the opposition on a power play.

That what pisses me off about when a team like the Bruins get so far into the playoffs. Suddenly everyone is a fucking hockey expert because they’ve been watching the sport for two weeks. Now you have those same “experts” saying that Shawn Thornton should be inserted into the lineup to be “physical and fight”. Again, fighting in the Stanley Cup Finals is a rarity, so you can scratch that from your list of useless and moronic shit to say. As much as I love Shawn Thornton, the guy isn’t going to make a huge impact in the 5-8 minutes of playing time he’s going to see.

Inserting Thornton into the lineup also means that someone is going to get scratched. A lot of people believe that Recchi (you know, the guy who scored on the power play in Game 2) should be scratched, but Recchi brings something to the table outside of fighting and checking people. Does he deserve the minutes Claude is giving him? No. If I had my way, Recchi would be on the fourth line while Peverley played on the third and Seguin on the second. Would I sit Recchi for Thornton? Fuck no. 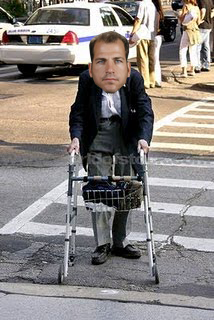 For those going to the Garden tonight, Team DOY will be there handing out signs of our now infamous “Sedin Gnomes” picture. There is a limited number of them, so come down early and hang out with us before the game. Follow our Facebook page for the updates about times and where we will be. Come down, take pictures and we’ll have some laughs. Or cry. Or whatever. 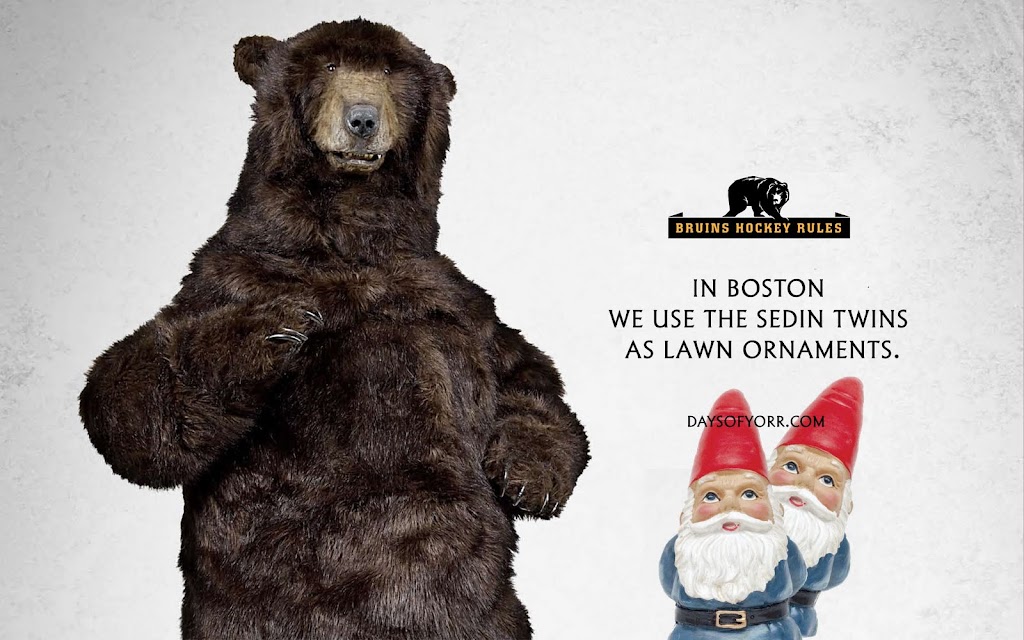