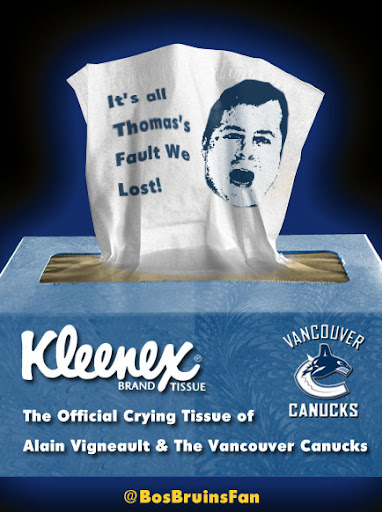 Roberto Luongo is that kid. He’s the kid who we all grew up with, the one in class who screams at the teacher to get attention. The one who shows up to parties uninvited and then proceeds to drink a jar of pickle juice to be cool. The one who is obnoxious because he wants all eyes on him. Yeah, Luongo is that kid. I can’t say I’m surprised however. When you look like a greasier version of Borat’s cousin, people are bound to put you down a long the way. I would say it has to do with the fact that Luongo falls to pressure quicker than a Japanese building in an Earthquake or Arnold’s zipper when the help comes walking through.

It’s pretty evident that Roberto Luongo, and by extension the Vancouver Canucks as a whole, are just attention whores who are seeking the approval of not only the league but…{hold for dramatic pause}…THE WORLD! After Game 5, Luongo went to the media and said this.

“It’s not hard if you’re playing in the paint. It’s an easy save for me, but if you’re wandering out and aggressive like he does, that’s going to happen. He might make some saves that I won’t, but in a case like that, we want to take advantage of a bounce like that and make sure we’re in a good position to bury those.”

Interesting. What’s even more interesting is that Luongo made this statement after giving up 12 goals in Boston. Yes. 12. I didn’t hear him running his mouth then. I didn’t hear the Charlie Brown teacher noise coming out of his mouth when he was run in Game 4 and sat on the bench like a sad panda. No, it was only after Luongo posted a shutout that he decided to tell everyone how a Vezina winning goaltender should be playing. It’s like losing 99 games to your older brother in Sega (yes, Sega) and then winning game number 100 and saying “wow bro, you suck.”

It didn’t end with Luongo telling Thomas how he should be playing either. Luongo then spewed this wonderful mess: “been pumping his tires ever since the series started. I haven’t heard one nice thing he’s had to say about me, so that’s the way it is.” 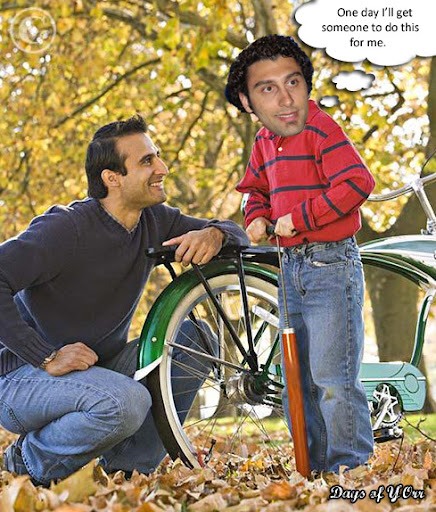 Ugh! So now Lulu is telling everyone that Thomas hasn’t said anything nice about him? Sorry Lulu, Thomas doesn’t need to say shit about your play. This isn’t a hand kissing contest. It’s the Stanley Cup Finals. If Luongo wants Thomas to say something nice about him, maybe he should invite him over for tea or whatever the hell they drink in North Seattle. Maybe then Thomas will say “the tea was fantastic Robbie” and Luongo can go back and pump out some knuckle children over his Thomas shrine. End the day off right, right?

Now Luongo has to go into enemy territory and face a seething Boston crowd that would rather dunk their heads in an acid bath than see him or Lavern and Shirley hoist the Cup in their home rink. I mentioned it earlier, but I think it’s worth another go around. Last time Lulu playing in Boston he was 0-2 and game up 12 goals. Oh, I forgot to tell you that he was pulled too. So what gives him the right to speak about Thomas’ positioning or Thomas not pumping up his ego?

So Luongo, please keep telling Thomas how to play the position he dominated all season. I’m sure he wants your input while he’s cuddled with his Vezina. 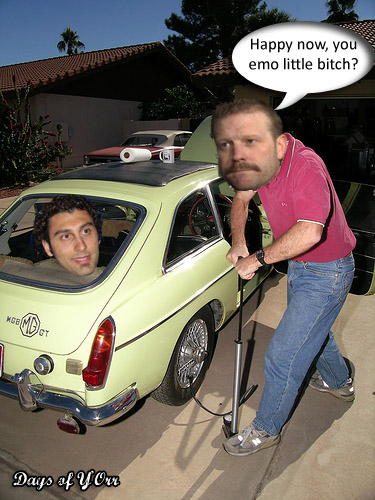