Good morning. In less than an 10 hours, Bruins fans from here will join others from around the world. And you will be launching the largest fan battle in this history of mankind. Mankind — that word should have new meaning for all of us today. We can’t be consumed by our petty differences anymore. We will be united in our common interests. Perhaps its fate that today is the Game 6, and you will once again be fighting for our freedom, not from tyranny, oppression, or persecution — but from Vancouver. We’re fighting for our right to live, to exist. And should we win the day, Game 6 will no longer be known as do or die, but as the day when the world declared in one voice:

“We will not go quietly into the night!

We will not vanish without a fight!

We’re going to live on!

I invited Bill Pullman to come to the Bruins locker room dressed as the President from Independence Day (or the dad from Casper, if he wanted to) to give this awe inspiring speech in person, but he’s busy doing nothing. No movies, no projects, nothing. It’s sad really that Bill Pullman, who starred in a number of great films including Lake Placid, The Grudge and Wyatt Earp, is sitting on ther sidelines of Hollywood allowing his skill to be wasted. It’s a shame, a fucking shame.

Now onto less important matters than the acting career of the wonderful and tenacious Bill Pullman, Game 6 of the Stanley Cup Finals. Ha just kidding. Fuck you Bill.

Let’s move past the depressing though. The Bruins have a chance to send this game back to Vancouver and then it’s anybody’s game. In Game 5, the Bruins looked like they were skating with dead legs. It could’ve been the shit stomping the Bruins doled out in Games 3 and 4. It could’ve been the one day off and a six hour flight. Who the fuck knows. Who cares? I’m not going to sit here and make excuses for them. They didn’t play well, but they played well enough to keep up with Vancouver. This makes me believe two things:

It’s as simple as that. Like I mentioned earlier in the series, the Canucks can not solve Tim Thomas. Period. Watch their goals. A good number of them are lucky bounces. No snipes, no beautiful tic-tac-toe goals, no one-timers, just fluky goals based on bad defense. I believe that Boston comes out tonight and plays a physical game, something they lacked in Game 5. If they are able to take the body to Vancouver, they’ll win. Plain and simple. It’s not about fighting and while I’m on the topic, here comes another hockey fan rant. 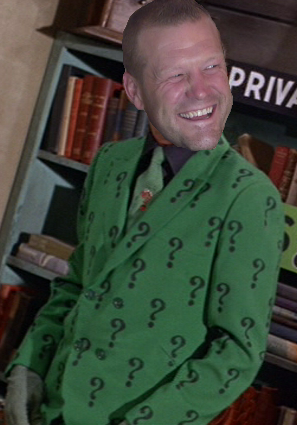 I’m glad the people of Boston (and I refuse to call most of them fans) are so excited about the Bruins in the Cup Finals. It gives the real fans a chance to watch their game expand and hopefully bring in some new fans who will learn and respect the game, not judge a team based on the looks of the players. Look, I like getting stopped in the street when I’m wearing my Bruins hat to talk some puck. In fact, I love it. It may sound snobby, but if you’re going to do that, please know what you’re talking about. Guy stopped me yesterday outside of Walgreens and began to rant on how the Bruins need to fight to win games. I retorted with how silly it is because you lose someone for 5 minutes and there’s a chance someone gets called with an instigator penalty. Guy had no idea what that was. Also asked why Ference was on the ice in OT, I proceeded to tell him about ‘last change’ and he looked at me like I had 5 heads. I compliment you, sir, on your willingness to stop me and engage in hockey talk, but come on. I brought it up because I’ve heard time and time again that the Bruins need to “fight” to win games. No stupid, they don’t.

Anyways, I apologize for that.

Boston DOES need to be physical and play a good puck possession game. I think one of the biggest issues in Game 5 was that when Boston was able to garner possession of the puck they were unable to do anything with it. There seemed to be a lot more passing then we witnessed in Games 3 and 4, which makes me think that they’re nervous and gripping the stick tighter. If Game 3 taught them anything it’s that putting the puck on net and skating hard to said net will result in good things.

Boston is set up for a win tonight because Vancouver can’t win in their building. If, somehow, the Canucks are able to win tonight I implore Bruins fans to not act like a bunch of cavemen. Show some sort of sportsmanship, even the victors were unable to do the same throughout this series. We, the city of Boston and its fans, are already labeled as “thugs” so lets not add more fuel to the fire. Act like a city that’s been there before, even if you haven’t.

And to the Vancouver fans coming into Boston, don’t poke the bear because once it lashes out at you, there’s no more room for crying. 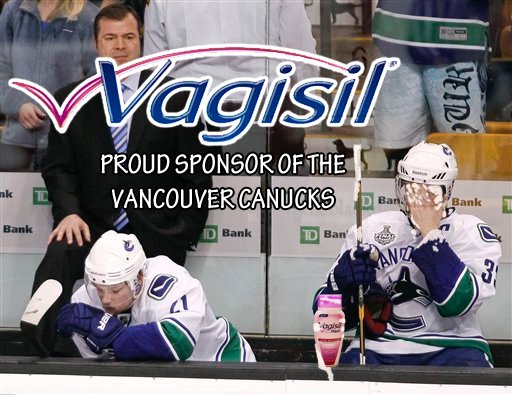