UPDATE- If you haven’t already, listen to former Buckeye LeCharles Bentley talk about this issue on ESPN radio.  I think he’s been reading our site… 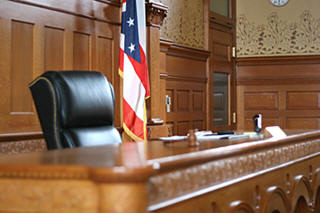 With the news on Monday that the Worldwide Leader has decided to sue The Ohio State University, it’s probably a good time to review the relationship that Disney’s Sports Network has both with the school in Columbus and the entirety of the nation’s first collegiate conference.

For our Cornhusker readers- consider this a warning.

First, let’s review the latest- ESPN has filed suit against Ohio State in the Ohio Supreme Court, holding that the University (and particularly the Athletic Department) are in violation of the state’s open record laws.

The details, as  articulated by the Cleveland Plain Dealer, are that the University rejected several sets of Freedom Of Information requests regarding emails and other documents surrounding the recent investigation into both Tressel’s failures and into other allegations raised both by ESPN and Sports Illustrated. This suit follows what has been described as a lengthy attempt to dig information in Columbus by the network.

To be fair, this is quite an interesting case. The University’s rationale for not releasing the requested documents are twofold- First, emails related to Ted Sarniak were rejected based on the Federal Educational Rights and Privacy Act, meaning that the University believes that these qualify as “educational records” because of their easily identified connection to a student or students (in this case Terrelle Pryor and/or Jordan Hall).

Educational records, which might include everything from grades to student ID numbers to student housing assignments or disciplinary records, are legally protected until the death of the student; most institutions maintain these records for seven years following the student’s dissociation with the institution. “Legally protected” means that these cannot be shared with outside parties unless subpoenaed or unless the university has documented approval from the student. In addition, the definition of these “documents” within the institution can be fluid as well, and may not include items which might be defined as “personal notes.”

ESPN’s argument is that

The FERPA angle interests me the most, since I’m invested in higher education as a profession. It’s also intriguing given the Dispatch’s article earlier regarding their frustration with the University’s use of FERPA as a shield. It should also be noted that the Dispatch is pursuing some of the same documentation that ESPN’s suit includes.

The University’s second refusal to release information regarding ticket lists, secondary violations and other items are due to their perception of the “broad” nature of the requests. The director of media relations defends this decision, saying-

While the university often receives media requests that are overly broad, given Ohio’s public record laws, we generally try to work with reporters to help them find the information they are seeking, working within the boundaries of the applicable laws.

In the email attached to the suit, Jim Lynch does seem to be willing to work with ESPN’s request, and goes through a very thorough reflection on each point; most of which are granted or in progress. One area, though, that the University will not provide information refers to documents directly related to the NCAA’s investigation, stating “We will not release anything on the pending investigation”.  This sounds familiar, since it’s the same response given by ESPN to 97.1 The Fan as they were looking for a follow up interview.

From my (no legal training) experience, this one seems to be more of a valid issue for ESPN, and one that may be easily rectified, at least in terms of a compromise. I doubt the University would change their stance on investigation related correspondence, but the other items could be easily obtained, in my opinion.

It’s quite possible the the four letter network has a legitimate case here- that Ohio ‘s laws were violated, and that the documents in question are an important part of the ongoing story regarding our favorite squadron. It’s also possible that this is not unusual for ESPN; they sued Texas for the same reason and access after UT agreed to partner with them to create the Longhorn Network. With friends like that, it seems…

But there is a bit of a disconnect here- Where was this same strategy when USC was under the gun for several years? Why at that time did the good folks at Bristol choose to let Yahoo! do all the heavy lifting rather than pursuing some investigation of their own, particularly when they themselves often noticed the numbers of folks “hanging around” the Trojan program? Granted, Southern Cal has a different set of expectations as a private institution, but we certainly didn’t hear about any vehicle or housing issues, as our friend Tom Orr reminded us today.

Could there be another motive behind these decisions? Well… funny that you mention that. 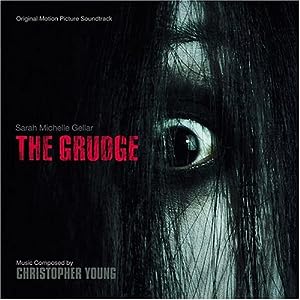 And here come the grudge

First, let’s jump in the old wayback machine to the end of April, 2004. As the Chicago Tribune so recently exposed, this is when the wheels fell off of the relationship between the Big T1e1n and their partners in Connecticut.  At a meeting outside of Chicago, Commissioner Jim Delany was in the midst of re-negotiating the Conference’s television rights when

“(ESPN’s team) lowballed us and said: ‘Take it or leave it. If you don’t take our offer, you are rolling the dice.’ I said: ‘Consider them rolled.’ ”

Delany had warned ESPN officials that without a significant rights-fee increase, he would try to launch a new channel that would pose competition both for TV viewers and the Big Ten’s inventory of games: the Big Ten Network.

“He threw his weight around,” Shapiro said in a telephone interview, “and said, ‘I’m going to get my big (rights-fee) increase and start my own network.’ Had ESPN stepped up and paid BCS-type dollars, I think we could have prevented the network. In retrospect, that might have been the right thing to do. Jim is making a nice penny on that.”

Said Delany: “If Mark had presented a fair offer, we would have signed it. And there would not be a Big Ten Network.”

Without this conversation, there would be no BTN- without the BTN, there would be no conference realignment last summer, and we wouldn’t have been blessed with opportunities to enjoy runzas. But you’d have no idea that the Big Ten once again was the driving force behind significant change in the college sports landscape if you listened to ESPN last year (huge ht to Tony Gerdeman)-

That 2004 date is an important one to remember- Buckeye fans will recall that November 2004 saw the “Clarett Issue” come to light via ESPN, and will also remember the 2004 Alamo Bowl (where Troy Smith was suspended) being a game where the commentators (including Kirk Herbstreit) spent much of the second half discussing the “problems” with the program; again re-hashing the Clarett story (none of which was cited by the NCAA, and much of which has since even been recanted by Clarett).

While that narrative- that the Big T1e1n’s signature program had irreparable problems- continued for the next year, it wasn’t until 2006 that the tide began to turn. During Ohio State’s dream season, ESPN had changed their tune and were wholeheartedly behind what Coach Tressel and the team were doing. After the debacle in the desert, though.. the “slow” and “plodding” storyline returned for the entirety of the conference, even shaping the discussions of Bowl successes for all eleven teams. And then, in 2009, ESPN discovered two billion reasons to ensure that another product, the SEC, was perceived as the pinnacle of college athletics.

To be fair, this is not a critique of the SEC- their successes, particularly head to head against the Big T1e1n, speak loudly for themselves. But when the APR numbers continue to suffer, when others are shaping the national story regarding the SEC’s practices regarding roster management, and when stories and rumors continue to swirl about the recent successes of Southeastern programs, you have to wonder if there’s as much energy being spent in Bristol to seek “justice” in these situations as there is to seek legal action in Columbus.

The same question can be asked when ESPN’s newest partner is possibly accused of having issues similar to what Ohio State is being lambasted for (on an ESPN show, no less), and the story slips into the background within a day or so.

Or think about the story regarding Oregon, and who it was that brought this to light- Did you also realize that the same “recruiting service” has also been tied to several SEC schools? If you’re waiting on the news to be on ESPN’s ticker, then you probably are going to be waiting for a while.

Yet another example- we’re still only hearing bits and pieces of the situation behind the Pirate Cap’n’s termination at Texas Tech, but more and more is coming forth regarding the ways that ESPN employees overstepped their roles in a story they were too close to. Even ESPN’s own management has acknowledged that the coverage of the story, through the Alamo Bowl, was flawed.

Clearly, what’s happening at Ohio State is a story, and may be THE story right now- it would be wise for ESPN to continue picking at the scraps that Yahoo! and others have left. But until they grab a hold of the idea that they can discover rather than just “cover” and create stories by seemingly following a corporate narrative, the scraps from others will be all that they will be left with.

Remember… this isn’t always about what’s “right” or “fair”, but the bottom line and the economic realities of sports that have expanded well beyond the “co-curricular” model. Particularly for an institution that has no problem working to “expose” a student athlete to then turn around and make him the center of a revenue-producing entity on their network.

As someone who gave up watching ESPN for Lent and never went back (except for NBA playoffs… watching LeBron lose is always fun), I can tell you that it’s possible to get multiple sides of the story without even using your expanded cable package. In this day of wall to wall media coverage and expose, the issue isn’t that ESPN is possibly showing their bias, it’s that they’re missing such a great opportunity to push for major reform for the sport- reform which would be economically and ethically sound for every one involved. But, it could be that they have their own problems to deal with.

Instead, it’s sad that the “Worldwide Leader” has placed themselves in a situation where their integrity is in question… although, since they drive the story, the “question” doesn’t seem to come from those who are captivated by the shiny graphics and pretty packages.

Cup of Joe: Where we’re keeping our 2010 wins I just hopped off the plane in Santa Anna, and next to me is a Penn...