Happy Friday Cougs!  Hope the week has treated you well, as we inch ever closer to the season opener.  Wow, just 2+ weeks and we’re ready to tee it up!

And speaking of the opener, well, you’re invited.  Yep, we’re going to roll with the second-ever WSU Football Blog tailgate, with RV in tow (that’s it, pictured above).  Free eats ‘n drinks will be provided, so just plan to show up before or after the game and hang out (Grippi, we’re hoping for a repeat appearance?  What the hell, it’s your “swan song” anyway).

The details are still in the works as far as where exactly we will be, but more than likely it is looking like we’ll be somewhere in the Beasley lot area?  We will have more details as we get closer, but feel free to stop on by (and no, Sutra will not be making an appearance, as duty calls in upstate NY.  But there is rumor of a Longball-n-Amieable appearance).  We also might be joined by our good friend Hooty, as there is talk of him making the trek with his RV as well.  He was cool enough to let us use his RV last time, so stay tuned!

Moving on, SI.com has just released their Pac-12 preview.  No, WSU hardly gets a mention, although they do pick the Cougs to win a conference game as well as sweeping the non-conference slate: Interesting to see the Utah choice of 7-2, but I guess the feeling is out there that it is wide flippin’ open in the South.

But if you also do some quick math and compare the records, you see Colorado at 0-9, WSU at 1-8.  So they are basically predicting a WSU win in Boulder.  But with that win, that would mean SI is looking at a 4-0 start for WSU, and then the wheels come off the wagon, big-time, with eight straight losses to end the season!  You wonder in that scenario if 1) Wulff would get an extension after a 4-0 start, or 2) Wulff would get fired losing eight straight.  Hmmm.

Not that previews really mean anything, and Wulff has been quoted in the past as saying they hardly pay attention to that stuff, and if they do they only use it as motivation.  As fans, of course we take “slights” to heart.  I mean your school is like one of your kids or siblings, and if someone talks trash, you react with emotion and passion!  But whatever.  It’s just another last-place prediction, that’s all.  Piling on, making fun of the chubby kid who swims with his t-shirt on, we get it.  But I’ll let the Clarinet Boy echo my thoughts on the whole thing…. 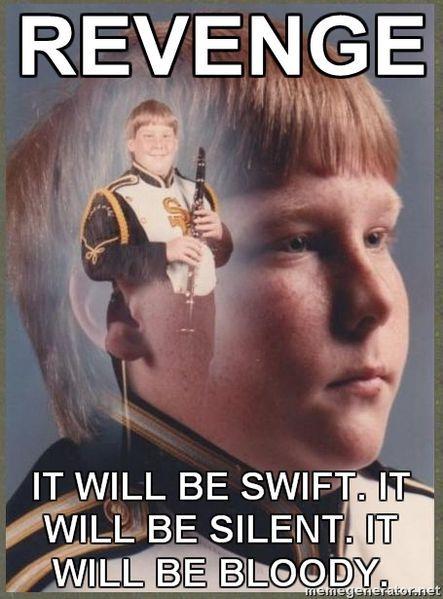 That’s about it.  Enjoy your Friday, and as always, GO COUGS!