Justin Verlander will have at least one more start in the 2011 season. Hopefully that start will be in Game 5 of a 2-2 series, but that depends on what Rick Porcello and the Tigers can do in tomorrow’s ass early game that nobody will be able to watch because there’s this thing called “life” that we have to do. Anyway, there’s one reason why we’re even looking this far ahead in the series. 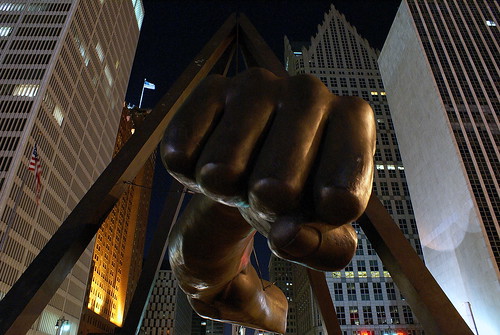 Fister turned in 7+ innings of 2-run baseball (the second of which scored after Joaquin Benoit came into the game), giving the Tigers offense a chance to finally wake up. Miguel Cabrera, Victor Martinez and Jhonny Peralta all homered, and Jose Valverde picked up his 52nd save of 2011.

Call me crazy, but Fister is the Tigers’ best starting pitcher right now. With Verlander struggling (by his standards, at least) in the postseason, Fister has been rock solid in all three of his starts. If this series gets to a 7th game (and that is a real possibility given how everything has turned out so far), I like the Tigers’ chances of moving on.