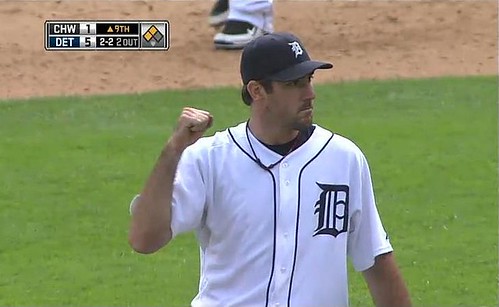 Justin Verlander was named the 2011 American League MVP today, taking home 13 of 28 first place votes. He beat out Jacoby Ellsbury, Jose Bautista, Curtis Granderson and Miguel Cabrera as the first pitcher to win the award since Roger Clemens in 1986. Alex Avila was 12th in the voting and Victor Martinez was 17th.

26 of 28 voters had Verlander 6th or higher on their ballots, and the other two are inbreds from Ohio.