The Sacramento Kings led by as many as 16, but a disastrous third quarter led to a third-straight home loss, 124-112 to the visiting Detroit Pistons.

“There are some positives in this, but overall, we didn’t come out with a win,” said Kings head coach Keith Smart after the game. “The bottom line is if you don’t get a win, it erases everything that you did that was positive. We will keep going and we will keep fighting through this thing. We have to fight through it, and these young men will keep doing that.”

The Kings seemed to lose their resolve following a roughly 30-second stretch in the second quarter. Leading by 14, they turned the ball over three times and committed three fouls. The Pistons proceeded to cut the lead to one and trailed 57-58 entering halftime.

Jason Thompson’s effort is likely to be forgotten because of the defeat. The Kings power forward scored 21 points and pulled down 15 rebounds in 40 minutes of action. Tyreke Evans and Isaiah Thomas each scored 23 and 21 points, respectively.

In their 12-point win, the Pistons’ were paced by two 30-point scorers. Greg Monroe finished with a career-high 32 points. Rodney Stuckey scored 19 of his game-high 35 points in the third quarter.

The Kings fall to 2-3 on their current nine-game homestand. They host the Boston Celtics Friday.

Tyreke Evans injured his left ankle late in the fourth quarter.  X-rays were negative and he is considered day-to-day. 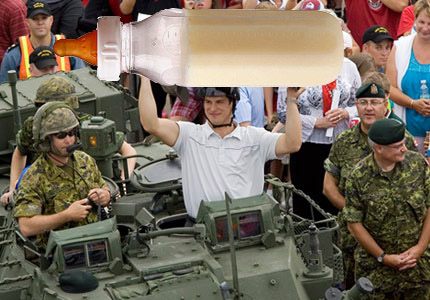 Eagles shake it up a little... DJax gets his deal...and live commentary on NFL deals

DeSean Jackson got his 5-year deal with the Birds…and it wasn’t peanuts…$51 milz with probably $20 million of that guaranteed [will update with exact guaranteed...