A Boy Becoming a Man, and the Woman that Helped Him Get There: Why Brandon Inge's Release Makes Me Sad

A Boy Becoming a Man, and the Woman that Helped Him Get There: Why Brandon Inge's Release Makes Me Sad

When knews broke earlier this afternoon that Brandon Inge had been unconditionally released by the Tigers, I was much sadder than I expected. This wasn’t the type of “end of an era” saddness that I felt when Steve Yzerman finally hung up his skates or Chauncey Billups was traded to the Denver Nuggets. This wasn’t the bittersweet feeling that I expected, knowing how poorly Inge had been performing. It was deeper than that. As I sat there and let the news sink in, I realized that my feelings had less to do with Inge and more to do with how much I’ve grown throughout his career.

My grandmother passed away in the summer of 1999 at the age of 75. I was preparing to start 6th grade. Some of my earliest memories have to deal with her: playing baseball and football in her back yard with the three brothers that lived next door, eating ice cream (or, more accurately, Hershey’s syrup with a little ice cream thrown in) on the brick step in front of her fireplace, dousing her roast beef in ketchup in hopes of softening it up a bit (sorry Grandma, but that was your one imperfection). Most of all, I remember sitting with her in her rocking chair and watching the Tigers every night. As I got bigger, the chair got smaller and the Tigers got worse, but we would still watch every game together.

It will be 13 years this August since my grandmother passed away, and it’s amazing to think about how much I’ve grown in that period. I’ve grown up, kissed a girl, gotten my driver’s license, graduated from high school, gone to college, did some stuff that I’m glad she never saw, graduated (somehow), moved to D.C., and a million other things in between. This past summer, my family sold the house that my grandparents lived in. My grandfather is still alive, but at 92 years old was struggling to get up and down the stairs every day, and the house itself is too big and expensive for us to maintain when he passes away. Nearly every living memory I have of my grandma is gone, and the Tigers are one of the things that I hold dear to my heart because of those nights I spent in that undersized rocking chair.

When my grandma passed away, I lost interest in the Tigers for a while. If you think about the teams that they fielded in that time frame, you’ll understand why a 12 year old kid wouldn’t want to obsessively keep up with a losing team that only reminded him of his late grandmother. In my eyes, Inge was the lone holdover from that time period. Ramon Santiago played 141 games for the Tigers in 2003, but his trade and subsequent return makes him feel more like part of the new wave of players that have come to Detroit in the past 5-6 years and turned the franchise around. Inge was a reminder of the teams that struggled, and for me, a reminder of those nights that I spent watching the Tigers with my grandma. Back then, I didn’t care about the results. I just wanted to eat ice cream and watch baseball. 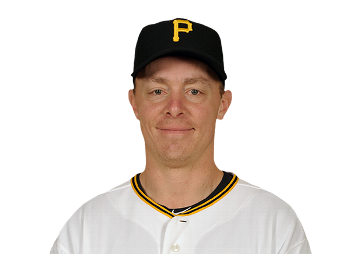 My grandmother never had a chance to see Brandon Inge play, but if she had, I’m pretty certain that he would have been one of her favorite players. As maddening as he was to watch at times, Inge was an incredible athlete and someone that gave his all for the team (Don’t believe me? Think about how many times he dove into the stands after foul balls and get back to me.).

If she were still alive and could meet Inge today, she would simply say “Thank you, Brandon,” so I will follow her lead and do the same. Thank you, Brandon Inge. Thank you for all of the joy, the laughter, the excitement, and even the frustration that you brought to our faces throughout your career in Detroit. Thank you for being a good person and representing the Tigers with class and dignity. Most of all, thank you for reminding me of how I came to love this game and this team in the first place.