David West and Darren Collison on the value of Marcus Thornton

Former teammates weigh-in on the importance and development of the Sacramento Kings guard.

The Sacramento Kings are not Marcus Thornton’s team.  No, that title belongs to either DeMarcus Cousins and/or Tyreke Evans.

But there’s probably no other player more overlooked and underrated on this season’s roster than the fourth-year guard.  Just look no further than ESPN.com’s annual NBA Rank, which appraises the value of the league’s top 500 players.  The 25-year-old guard moved up just five spots (no. 136 in 2011 to no. 131 in 2012) in this year’s rankings.  These were the five players ranked just ahead of Thornton in the 2012 forecast:

Such is life on a bad team with little to no national exposure.  However, those who follow the Kings closely know just how valuable Thornton is, especially his competition.

“He’s become an outstanding scorer in this league,” said Dallas Mavericks guard Darren Collison back in January of his former New Orleans Hornets teammate.  “He’s definitely made a niche in this league as far as (being) a big time scorer.

“He can shoot the ball extremely well and he can do a lot of different things off the pick and roll,” added Collison.  “And he’s exceptionally quick too.”

In their rookie year, Collison and Thornton formed an explosive and exciting young backcourt for the Hornets.  Though they’ve since gone their separate ways, the two remain close.  Thornton worked out last offseason with Collison in Los Angeles during the lockout.

The fourth-year guard out of UCLA thinks Sacramento is a good fit for his old teammate.  He believes Thornton will only continue to improve with the Kings’ green nucleus.

“This is a young team that’s going to be good in the near future,” Collison said.  “He has a starting role here, so anytime you have a starting role, it’s always a good fit.  And he’s one of their best scorers, too.”

Averaging 18.7 points per game, Thornton led the Kings in scoring last season and usually found himself as their go-to-guy in clutch situations.  The next step for Thornton, according to another former teammate, is becoming an accomplished defender.

“He’s always been a capable scorer,” said Indiana Pacers big man David West.  “Key for him has always been for him to play as hard defensively as he does offensively.”

As explosive as he is with the ball, Thornton could stand to see some improvement on the defensive end.  The Louisiana native finished in the bottom three among his 15 teammates in defensive rating.

“We would challenge him to do the same thing on the defensive end,” said West of his days with Thornton in New Orleans.  “Make him more of a complete ball player.”

However like Collison, West thinks Thornton will continue to find success in the league.

“He’s a strong-minded, tough-minded kid,” West said.  “I knew that once he got an opportunity to just get in a system that worked for him and bring out his best skills, he’d do well.”

The Kings may not belong to Marcus Thornton.  But his importance to their success isn’t an understatement. 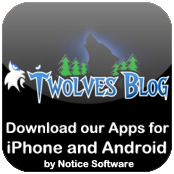