The truth behind the Sacramento Kings’ new corporate sponsors

Commentary and analysis by Rob McAllister on the Kings’ new advertisers, dumb ideas and leadership.

Huge praise goes to the Sacramento Kings’ corporate development team for securing new companies to buy sponsorships. With all of the off-the-court, arena/relocation issues, it is not an easy sale as it once was in the early 2000s.

Here is why they got it done. Without knowing if the new companies got a discount because of the turmoil and low attendance figures, there is a reason why some big names signed up.

Large nationwide businesses such as Nokia Siemens, Verizon and Walmart have little to lose if the Kings move out of Sacramento. Those brands are bigger than the NBA team and are simply looking at the number of people who will see the signage at the game.

Dropping $650,000 or more as a big sponsor are mere pennies from the companies’ advertising budgets.

For the lower tier, those putting up $250,000 or less, the stakes are much higher. Local companies don’t have money to burn if it does not work out. There is great risk if people turn sour on the team and your company’s logo is side-by-side. A tainted brand is one of the hardest things to repair. Myspace anyone?

Former Kings executive Greg Van Dusen is set on remodeling the current arena. That is like giving an 89-year-old grandmother Botox, a facelift, maybe some implants and hoping she turns into Kate Upton.

In truth, Van Dusen is just hoping to make a sale. As a consultant for such arena and stadium projects, remodeling the former Power Balance Pavilion/Arco Arena would mean a few extra dollars flowing into his bank account.

Whose team is it?

Much has been written regarding whether this Kings’ squad should be led by Tyreke Evans or DeMarcus Cousins. While Evans said over the phone that the team should be in the hands of both, the real answer is…

Reke is too quiet to be a vocal leader, even the Spurs’ Tim Duncan pipes up when it’s needed. Leading only by example just doesn’t get it done at the highest level.

Cousins is still too immature. The talent is there and he is getting better, but the whining on every call or non-call by the referees gets old fast and teammates can’t be led by a crier.

Tyreke has been taking some advice from Dave Chappelle’s impersonation of Prince as he says he has been spending even more time on his jumper this offseason. It is no secret Evans is one of the best penetrators in the league, but posting a mark of just 25 percent beyond the arc and 30 percent for two pointers outside the key must improve for him to become an All-Star. Working on the mid-range jumper is a necessity as defenders have been playing off Tyreke, daring him to shoot over the top of them.

Are you Rocky Mountain high?

Head Coach Keith Smart wants to see if this team can gel by holding training camp in Colorado Springs, but there is a greater need to keep the connection with the community. Sticking close to Sacramento, where the local press would write and broadcast about the team nearly every day, could help ticket sales for the regular season.

It is just one week, but this has not been the easiest offseason for the public relations department.  Any boost will help make their jobs easier.

Good press the Kings have yet to announce is that this season’s deal with SignalShare means fans will have free WiFi while at the arena. Service was in and out, as too many of the Kings’ faithful were on their smart phones and the concrete structure limited tapping into 3G networks.

Another bonus is that fans in full-service seats will get their food and drinks much quicker. Servers won’t have to run back underneath the seats to place an order.  With the WiFi, those hot dog and beer orders will be sent to the kitchen and bar instantaneously.

Being that the Maloofs are so adamant about staying in Sacramento, strange how they spent money on starting Zing Vodka and not putting that toward a new arena.

Maybe ordering a tumbler of Zing Red Velvet on the rocks will help me see their plan a bit more clearly. 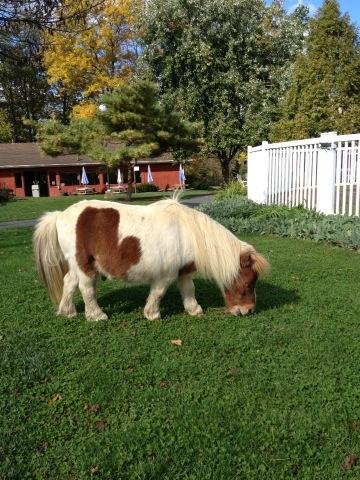