“Green Could Be a Problem This Season”

We’ve all marveled at Jeff Green’s performance thus far in preseason. There’s been the dunks, the blocks and the all-around explosiveness. Expectations among Celtics fans are very high going into the 2012-13 season. NBA.com’s Sekou Smith also believes that Green is on the cusp of what could be a very productive year:

HANG TIME HEADQUARTERS – Jeff Green never makes it into the frame for the photo-op with the Celtics’ revamped Big 3 of Kevin Garnett, Paul Pierce and Rajon Rondo.

Spending a season in street clothes away from the court and the public consciousness has a way of forcing a player, even one as talented and accomplished as Green, into the background.

Green spent all of last season recovering from heart surgery, missing out on the Celtics’ run to the Eastern Conference finals and the Celtics’ missed out on all that the dynamic hybrid forward brings to the party.

He’s back now, in a major way. Anyone who has seen the Celtics during the preseason has seen it. He’s flying around on both ends of the floor and making plays at the rim (check out that block above) and in transition in ways that no other player on the Celtics’ current roster can.

A 6-foot-9, 235-pound forward with the length and athleticism to match up against power forwards and the range and ballhandling skills to work on the perimeter as well, Green brings another dose of firepower to the Celtics’ attack (along with newcomers Courtney Lee and Jason Terry) that was lacking last season.

Now Sekou didn’t go as far as saying that Green could propel the C’s into the NBA Finals, but we all know that with JG, a healthy Avery Bradley, Chris Wilcox and the other key pieces that Danny added this offseason, anything is certainly possible.

Smith goes on to say:

Green gives Rivers options he simply did not have last season, an X-factor, so to speak, that his coaching counterparts around the league would love to have. And in turn, Green gets to play the role he was destined for all along, before the heart surgery and before he faded from the minds of so many in Boston.

So how will this all play out? In about 7 days, we will start to find out. What do RedsArmy readers feel Green’s comeback will mean for the 2012-13 Boston Celtics? Are we getting our hopes up too high? Or will Jeff be the key piece that brings Boston the Larry O’Brien trophy for the 18th time….? You can read the rest of Sekou’s piece and see NBA.com’s Boston Celtics depth chart over at the Hangtime Blog. 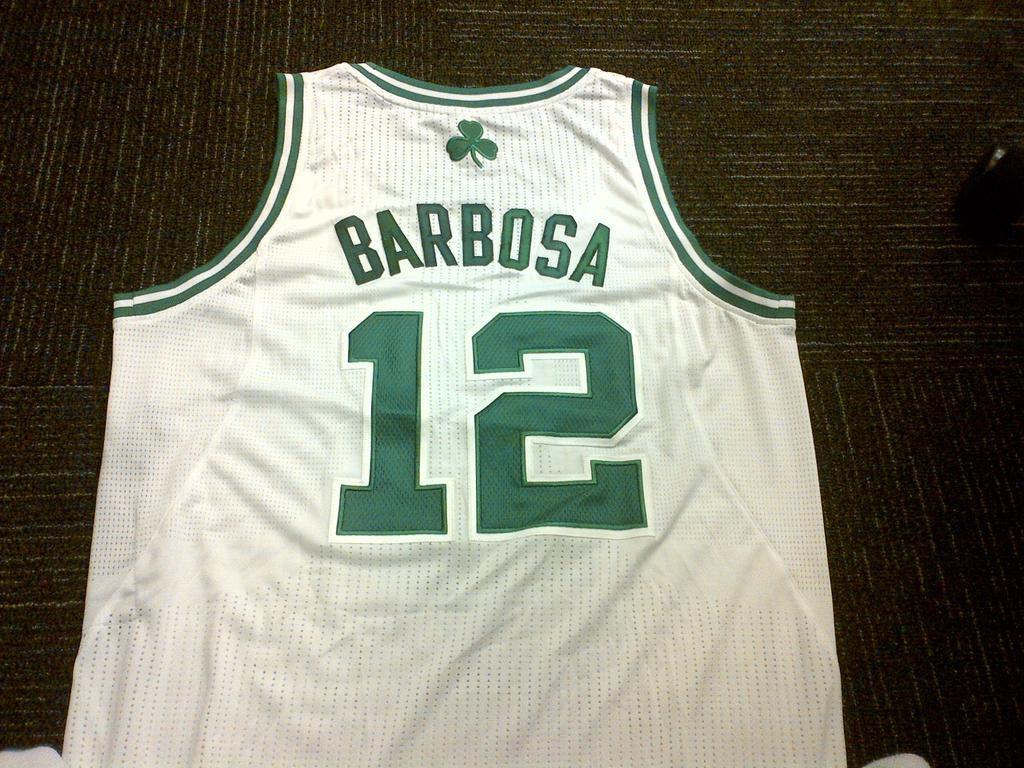 Barbosa happy to be a Celtic

Leandro Barbosa took to Twitter for the first time in 5 months to let C’s fans know that he’s happy to be in Boston: I...