I will not let Fred Jackson die + Podcast 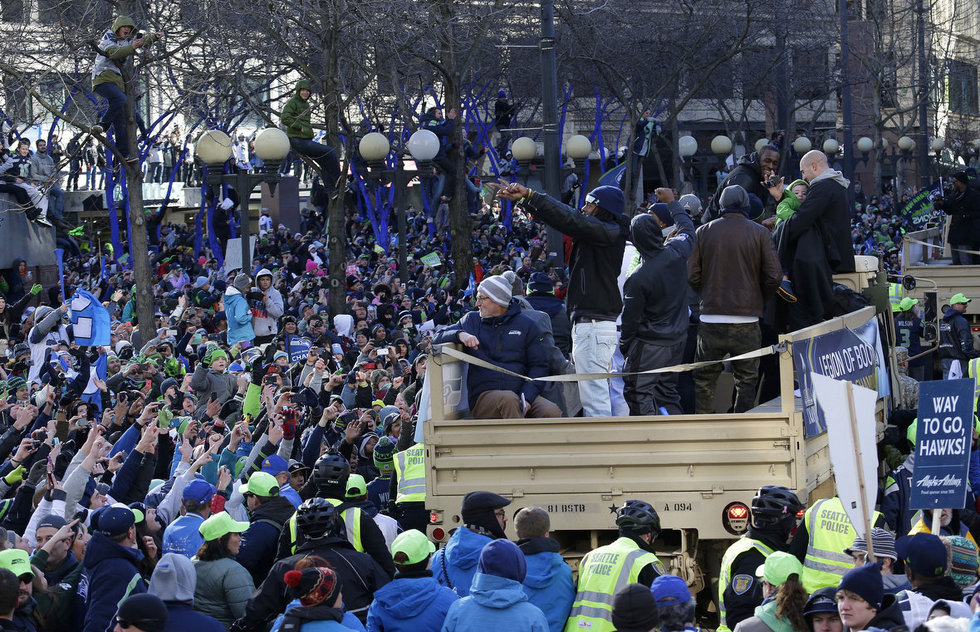 Editor’s Note: Below the podcast is my article about how people were hating on Fred. Also, we are continuing with part II of Talkamania with The Barrister from Dear God, Why Us? Sports  to discuss the Bills’ problems on the field. So, two posts for the price of one. The Bills will obviously not be favorites against the Pats and Texans, but here is some research for more sports betting options to quench your thirst.

Before a game starts, I normally don’t have any planned angle to cover. It all starts coming together about 3/4s through when I’ll try to find about 4-5 angles to examine about the team. This week, my angles were being an arrogant fan, Gailey’s gameday management, and the defense being a shit show. This all wasn’t predetermined. It is simple Writing 101.

However, for last week, something was different for me before the game.  This has probably never happened to me before a game, but I had my game face on with wanting to write this angle if the Bills won. I was going to force feed this angle down your throat like Fox News saying the Democrats are full of shit.  I had passion in my heart, anger in my gut, and a serenity in my mind. I wanted to do this angle well. I wanted to channel the bullshit about this into this piece. I had a giant chip on my shoulder that I was going to throw at 80% of Buffalo. The chip seemed to grow to be a boulder during the course of the week.

Maybe I was wrong to get so aggravated about it. But the crap Fred Jackson was getting over the previous 10 days really pissed me off.

CJ Spiller looks to be a star. A guy who is a game changer. But screw it. I’m a loyal guy when it comes to individual players. I love Fred Jackson and I probably didn’t feel that way before last week. To see him get shat on gave me more of an appreciation for him. It made me root for him even more.

You realize that before this season, in Jackson’s 38 NFL starts, he had over 100 yards in total offense in 23 of those. He’d also gone over the 100 yard rushing mark in 13 of those starts. Add it up, and Jackson has had over 100 yards in total offense in 65% of his starts. He was the biggest reason why the Bills raced out to a 5-2 start and his season-ending injury was one of the main reasons why the team bottomed out last year. Before he got hurt, he accounted for almost 40% of the Bills offense.

If you listened to a lot of fans and media, you would have thought they were in a coma last year. They forgot where this guy came from. They forgot how, for about 7 weeks last year, everyone started to believe in this franchise like it was the 90s. They forgot that he was a big part of it.

“Let’s trade Jackson or bench him. Why are we playing him? We need to give Spiller the ball 30 times so we can retire his jersey.”

And you want to know what burns my ass more? Some didn’t take notice that Jackson was coming back at less than 100%. Did people forget that he was supposed to be out 4-6 weeks after the Jets game? You saw that injury, right? Some of us thought it was a season-ender. 4-6 weeks. Well, Fred told the doctors to eat shit and he came back after missing just two weeks. He didn’t just take some magic potion or press the select button non-stop like Little Mac did in Mike Tyson’s Punch Out to regain his strength.

He did it through hard work. He gutted it out.

He didn’t complain or act like a pussy like Tim Connolly. He put the f#$ken knee brace on and said where the hell is my helmet?! So how do some show their appreciation?

“Just give the ball to CJ Spiller.”

I get it. Spiller looks great. I get that Buffalo loves to anoint new guys as saviors (see: Sabres prospects and Mario Williams). We also love a good controversy (see: Flutie/Johnson, stadium debates, and the best chicken wings). Controversy creates cash or stupidity in some cases with the media and fans.

I try to present myself as objective when I write here, but f#ck it, I’m cashing in my “I’m a stupid fanboy” card here. Fred Jackson will not be denied. Yes, he’s on the wrong side of 30, but I believe he can still be the best running back on this team. He just has to get healthy.

You saw it on Sunday when he looked bad ass, rushing for 71 yards on only 9 carries and catching 8 passes for 49 yards and 1 touchdown. You saw it in his running. He was almost back to being the guy we saw last year.  Running angry. I hope he heard all the love CJ was getting and all the people writing him off. I hope he channeled it into his running game like I’m doing with my writing.

If the Bills won, I was so going to write a go f$ck yourself piece about how people wanted to sit this guy and say his time was finished.

I wanted to state how stupid people are who say the Bills should just stick to one guy and let the other guy sit on the bench.  Really? Did I just make up the phrase running back by committee? Did you forget what the Panthers did with Stewart and Williams? How about when the Steelers won a Super Bowl with Bettis and Willie Parker? How about when the Giants won a Super Bowl with Brandon Jacobs and Bradshaw in 2007? Maybe if your stupid coach didn’t allow Fitz to throw the damn ball 35 times in a game, everyone would be happy.

In the end, you don’t always have to pick one guy or the other. I like Spiller. He looks great so far this year. But I want to give Jackson a chance to get some playing time, especially since he had a bad knee injury to start the season. More importantly, I’m loyal to him. I want someone I feel a decent connection with, a guy who doesn’t make me want to gouge my eyes out or require booze to gain my affection.

Even though Gailey thinks he has John Elway back there, Spiller and Jackson have been making better strides working together over the last two weeks. The duo has combined for 414 yards in total offense during that stretch. Not only should they be the backbone of this offense, but I think fans should have BOTH of their backs. It doesn’t always have to be an election, people. We can choose both instead of trying to kick the other guy to the curb.

Last week was a good week for us here on the blog. I went 6-0 in straight up picks and 5-1 against the spread missing...