The St. Louis Blues and the Nashville Predators are taking the ice. No, the lockout hasn’t ended (yet) but instead representatives from each organization are suiting up to benefit the victims of Hurricane Sandy. The game will take place on November 10th at the A-Game Sportsplex in Tennessee.

Representing the Blues, you’ll find Darren Pang, Kelly Chase (pictured above), Bob Plager, Jeff Brown and Tyson Nash. As for the Predators, J.P. Dumont, Stu Grimson, Lane Lambert and Dan Keczmer will be on the ice.

The two sides will are asking for donations, with a suggested amount of $5. Obviously, fans in attendance can go above and beyond the $5 asking price if they wish.

This is a great event for a great cause. Obviously, most Blues fans won’t be able to attend since the event is in Tennessee, but we hope there’s a significant crowd not only to support the alums but to support the victims of the devastating hurricane.

Now, if only we could find some television coverage or get one of those sports betting reviews sites to place lines on Panger’s GAA or Nash’s penalty minutes, then we’d really be in business. 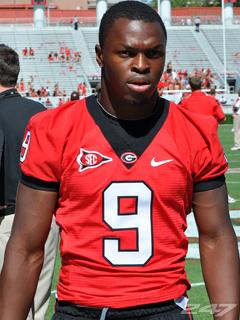 The inaugeral World Series of Fighting took place last night at the Planet Hollywood Resort and Casino in Las Vegas, and the card was...