Looking ahead to tonight's match-up with Chuck Hayes and Keith Smart.

After a three-game losing streak, the Sacramento Kings look to win a second straight contest at Sleep Train Arena.  Tonight, they welcome the Orlando Magic for their only visit to the capital city.

This Orlando team is not the same Magic squad the Kings have come to know in recent years.  With the departures of Dwight Howard and Stan Van Gundy, the Magic are trying to establish a new identity under new head coach Jacque Vaughn.  Despite the changes, Kings big man Chuck Hayes still thinks tonight’s opponent can’t be taken lightly.

Well, they still play hard.  Jacque Vaughn has created a great environment there, a toughness environment.  They may be undersized, they may not have a superstar, but they got guys on that team that can play, that’s been on winning teams.  They have a great leader in Jameer Nelson.  Obviously Big Baby – he’s won a championship.  Arron Afflalo is proven in this league.  J.J. Redick, they got great personnel.  Just because Dwight’s gone doesn’t mean they’re gonna just fall off the map.

With a superstar no longer in the mix, Orlando has had to come together as a team to win games.  They’ve managed to accomplish this by sharing the ball exteremly well early this season.  Currently the Magic rank 11th in team assists per game, averaging 22.2 per contest.  Kings head coach Keith Smart believes Orlando’s strong passing ability comes from their experience playing with a dominant big man.

They have a good history.  From playing with a Dwight Howard,  you learn spacing principles that become engrained in you because you have to be in certain spots for that shot to come out to you.  And all they’re doing is translating that right with the group of players they have right now.

The Kings and Magic tip-off action at Sleep Train Arena at 7 pm.  For continued pre and postgame coverage, visit Cowbell Kingdom throughout the day. 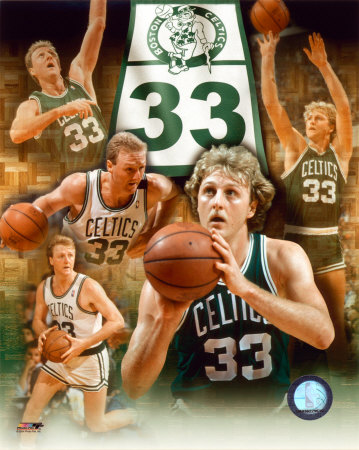 Everyone here at Red’s Army would like to wish Larry Bird a happy 56th birthday. It’s nearly impossible to put what Larry’s done for the...