Joe: 13-10, Bills: Russ Salvatore and Cellino and Barnes present your Buffalo Bills! I’m ready for Bills to offer some sort of sponsorship for the next dozen December games going forward. Definitely read up on my interview about the Rams this week, because I don’t really know much about them. The Rams (5-6-1) haven’t beat the Bills since 1998. . I think this is going to be an ugly game. I’d rather be watching College Bowls and enjoy NCAA Football Betting. The Rams have an awesome pass rush and I think the Bills have major issues with the injuries to Wood and Hairston. Of course, the Bills should minimize their pass attempts because of it. Hopefully, with the weather being crappy once again, Gailey will be forced to run the ball. I think both defenses are pretty stout when it comes to rushing the passer, so, look for this to be an oldschool no passing but tons of smash mouth. I like Fred/CJ more than Stephen Jackson.

Chris- 27-20, Bills: Russ Salavtore, Sausage King of Buffalo. He’s a big deal. Thanks to him I can waste 3 hours on the couch instead of in bed watching on my computer. It is sad that I can’t pull myself away from these games at times, but I’m still interested in watching this team. I’m not at all excited about the idea of the Bills wearing throwbacks that are virtually the same as their current uniforms either. The Rams are good enough to choke out the 49ers but they’re also bad enough to have lost some head scratchers (NY Jets and Miami). Buffalo’s improved play makes me think that they will give the Rams plenty of trouble and even potentially escape with a win. Give me the Bills and one draft pick farther away from Manti Te’o.

Michael Necci: Rams 19 Bills 17 – Once upon a time the Bills offensive line was the strength of this team. This week? Sam Young & David Snow (who last week was pushing carts at Wegmans.. Probably) make their NFL debuts as starters. Whatever. Only 4 more wasted Sundays left. I’m picking the Rams because I see zero reason why the Bills should win any of their 4 remaining games. Want change? Want a new coach? New QB? Then do as I do & say Go Rams.

Brandon- Rams 23, Bills 17: I’m 10-1 on my picks so far this year (we missed the Week 1 Jets massacre). Don’t give me too much credit. It’s not terribly difficult to predict these Bills. My strategy is generally based on one simple key factoid: The Bills always lose. So, when in doubt, pick ’em to fall on their face. More often than not, it works. That’s why I’m going with the Rams this week. In reality it’ll probably be a pretty evenly contested game, meaning the Bills probably won’t find a way to win it. Some people call me a pessimist. The way I see it: If I’m going to be wrong, I’d rather be pleasantly surprised than predictably disappointed. I think it’s a coping mechanism I’ve developed in an effort to reason with myself over watching this awful football team we have.

Frank: 19-17, Bills- Decided victories over bad opponents always seem to get this fan base excited for nothing. Buffalo rolled the teal turds last week but face a much better team coming off a big divisional win this week in the Rams, even if their record doesn’t show it. The wonderful news for the Bills, though, is that there should be some strong precipitation and that will force Chan the Man to keep the ball out of RyFi’s hands. Buffalo wins this one with another strong defensive line performance and head-scratching running back rotation.

Fake Darcy: Bills 24, Rams 24- The goal horn is going to get quite the workout.

Mike Tracz: Bills 9, Rams 6 – Because our Jackson could beat up their Jackson, I suppose. #290Billboard

Aaron Garland: 19-14, Rams- How nice of Russell Salvatore for allowing the western New York community to watch a loss. Still a generous gesture, though.

Jason G: 17-13, Bills-  IT’S SAINT LOUIS WEEK!!  ARE YOU READY, BUFFALO???  GET PUMPED!  I WANT TO HEAR YOU GET LOUD….oh whatever.  The only game irrelevant than this, was last week’s JAX/BUF tilt.  Just follow the same game plan and beat  another average team. 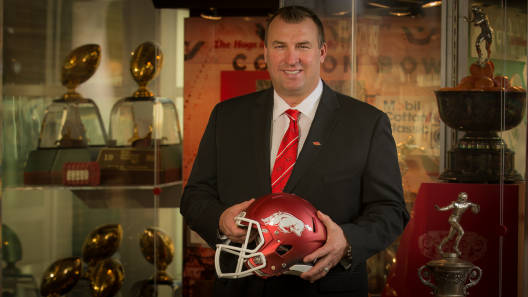 (h/t to Skaimo from Buckyville) It's rivalry week…. that is if you're a Marquette fan – you've got to hate Wisconsin if you go to...