Previewing the final match-up between the Kings and Blazers this season.

Where:  Rose Garden, Portland, OR

The book on the Blazers:  The Blazers had been riding a five-game win streak until it was snapped by the Kings at Sleep Train Arena on Sunday.

Did you know?  The Kings are 7-1 when they outshoot their opponent.  In contrast, they are 1-17 when their opponent outshoots them.

Status Updates: Tyreke Evans will miss his 10th game this season due to soreness in his left knee.  Francisco Garcia was back on the practice court Monday and may play tonight.  DeMarcus Cousins has been reinstated following a one-game suspension, but he is not with the team in Portland according to Jason Jones of the Sacramento Bee.

1.  Can the Kings duplicate the team ball success from Sunday’s win?

The Kings played like a weight had been lifted off their shoulders Sunday night.  Six players scored in double-figures, including James Johnson who chipped in 10 points while starting in place of Cousins.  They also recorded a season-high 31 assists in the victory, which led to a season-high 55.6 percent from the field.  When this collection of individual talents plays together, they pack a pretty potent punch on offense.

2.  Will small-ball reign supreme in Portland?

With Tyreke Evans out due to injury, Keith Smart has turned to a backcourt featuring Isaiah Thomas and Jimmer Fredette from time to time.  In Sunday’s win over the Trail Blazers, Thomas and Fredette scored 18 points off the Kings’ bench and changed the complexion of the game by pushing the tempo in the second quarter.  Marcus Thornton is starting to find his way as well.  He scored 22 points in his outing Sunday against Portland.  In stretches, Smart has used him at small forward in his undersized lineup and Thornton’s managed to hold his own against bigger opponents on defense.

3. Will Travis Outlaw once again find a rhythm against his former team?

The veteran small forward has played some of his best ball this season against the Trail Blazers.  In two games played against Portland, Outlaw is averaging 13 points while shooting a stellar 78.6 percent from the field in just under 17 minutes of action.  On Sunday, the 28-year-old wing poured in 15 points on 6-of-7 shooting over the team that selected him 23rd overall in the 2003 NBA Draft.  In the final meeting between these two teams this season, can Outlaw do it again? 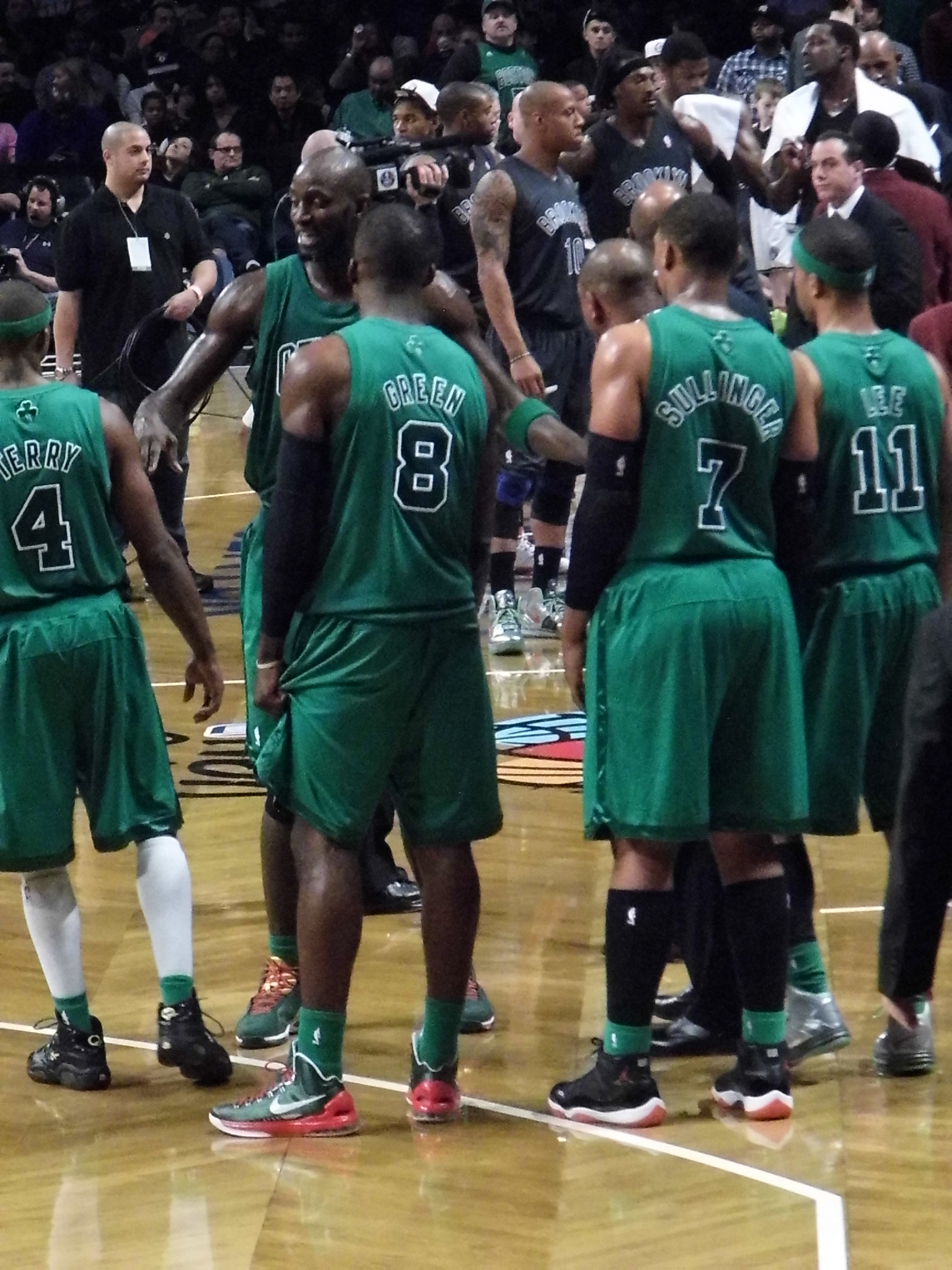 John K. was at yesterday’s Celtics-Nets game and got some great shots of all the Celtkicks. Rajon Rondo’s Nike Air Max Hyperposite was by far...