With the Kings turning the corner on the court, can fans look past the distractions and support their team?

Can winning cure all wounds?  If not all, then maybe at least some?

The Sacramento Kings have started to do something that they haven’t done in a very long time – play consistently. It could all end in a blink of an eye and we could see the team fall back to .300 basketball, but what if it doesn’t?

At the start of the season, there was optimism that if this team could at least compete for a playoff spot, then maybe, just maybe the fans would return and fill up the seats.  And maybe, the owners would accept the reality that Sacramento is a great basketball town where they can still turn a profit.

With the team coming off a very solid four-game road trip, we are about to test that theory.

Five games at home.  A few winnable games and of course the World Champion Miami Heat.  Can Kings fans put aside their animosity towards an ownership group that has constantly put them through the ringer and come out to support a team that is finally playing to their enormous potential?

It is a true test of fandom.  Virginia Beach rumors will be floating around all week.  Seattle is waiting in the wings.  But can Kings fans be true to their nature and come out to help carry their team to victory?  Can the fans make a statement by filling up a building and defiantly revitalizing the “Here We Stay!” movement?

The players are trying to do their part on the floor.  They are even saying the right things off the court for a change.

“Just trying to keep out all the negativity and not bring negativity to this team,” DeMarcus Cousins told the Sacramento Bee’s Jason Jones this week.  “And just trying to have a positive mind. I have a fresh start. It’s a fresh year, so let’s get all that behind us and let’s bring something positive to Sacramento.”

The people of Sacramento could really use something positive Mr. Cousins.  They could really use a winner and team that represents them in the proper way.  If Cousins wants to lead that charge, then more power to him.  It almost has to be him, doesn’t it?

After two years of pain, this might be a small window to make a difference.  To show the Maloof family that atrophy has not set in.  That this is still the same fanbase that shook the building during an incredible eight-season playoff run in the 2000s.  That this is the same fanbase that sold out 19 of the team’s 28 seasons in Sacramento and if they are given a shot at a 29th anniversary and a real team to support, they will return to the turnstiles.

It’s a hard sell, I understand that.  The economy is still in the tank.  Money is scarce after the holiday season.  Rumors are still slapping fans in the face.  But this team still belongs to Sacramento.  They are still the Sacramento Kings and until that is taken away, this group of young men could use the support of one of the game’s best sixth men.

So that is the challenge for the week.  Can you buy a ticket?  Can you take your wife, your buddy or your kids to a game?  Can you paint your face, put on a jersey, sneak in a cowbell and scream until you lose your voice?

You are Kings fans.  You have been kicked in the face, called names and even been told that you should give up.  You fought to keep this team in town. You wanted a team that you could stand behind and sadly, this might be one of the few times left for you to do that.

Come out to watch Jason Thompson bring his hard hat and lunch pail and do good work.  Come out and watch Tyreke Evans presumably return from injury and see James Johnson’s new hairstyle.  Come out and feel an arena come alive with energy and erupt in a moment of simultaneous euphoric joy.  But more than anything else, come out and just be Kings fans.  I’ll see you there. 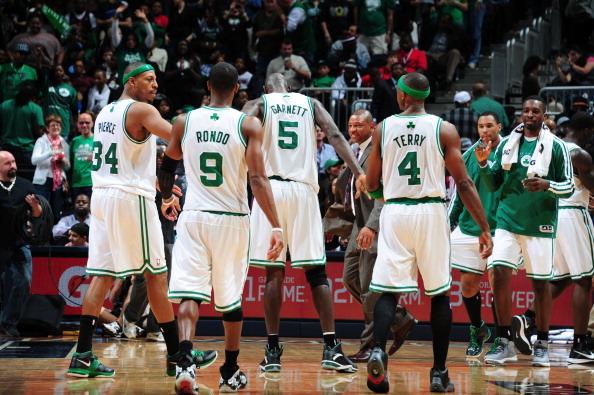 Your Morning Dump... Where Grit and Balls may have Been Re-discovered in Atlanta