A new wrinkle in the Kings' saga involving the rights of the team's limited partners.

Another stunning development regarding the Sacramento Kings’ uncertain future.  As first reported by the Sacramento Bee, the team’s minority owners have “first right of refusal”.  This means they could have an opportunity to match the sale agreement reached by the Maloofs and Seattle-based investors.

A bankruptcy trustee who controls 7 percent of the Sacramento Kings says the team’s limited partners are being denied their legal right to match a Seattle investment group’s purchase offer for the team.

The assertion by trustee David Flemmer could present a major legal challenge to the Maloof family as it attempts to complete its just-announced sale of the team to a group that intends to move it to Seattle.

Flemmer, the court-appointed trustee overseeing the 7 percent share of the Kings owned by team limited partner Bob Cook, said Cook and other minority owners have “first right of refusal” to buy the club. He said that right is guaranteed in the partnership agreements governing ownership of the team.

That 7 percent stake will be sold off due to the bankruptcy of Cook.  Aaron Bruski of NBC Sports tweeted that initial bids for that share are due on April 1st.  He also added that any bids submitted before that deadline must have approval by the NBA.  The Bee’s Dale Kasler further reports the auction of Cook’s 7 percent stake is April 19th, which coincides with the NBA’s Board of Governors’ meetings in New York.

Could this open a backdoor opportunity for Ron Burkle and Mark Mastrov to slide into the franchise?  According to CBS 13 and CK contributor Rob McAllister, Burkle had explored bidding on Cook’s 7 percent share in the past.  Burkle and Mastrov are reportedly in discussions to team as major-equity investors in Sacramento’s push to keep the Kings.

It wouldn’t be an unprecedented action if Kings minority owners exercise a “first right of refusal”.  When the Charlotte Bobcats were up for sale in 2010, then-limited partner Michael Jordan negotiated that right to match an offer made by former Houston Rockets CEO George Postolos.  Jordan went on to purchase controlling interest of the Bobcats, who were valued at $275 million at the time. 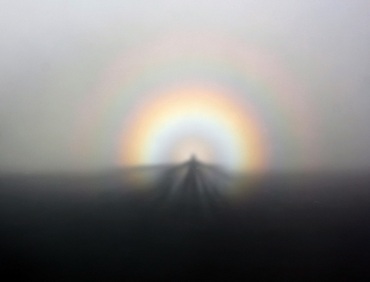 Start with a flashback: to Scotland, to the Isle of Skye and an attempted traverse of the Cuillins in 2003, a precipitous, ominous, and ragged...