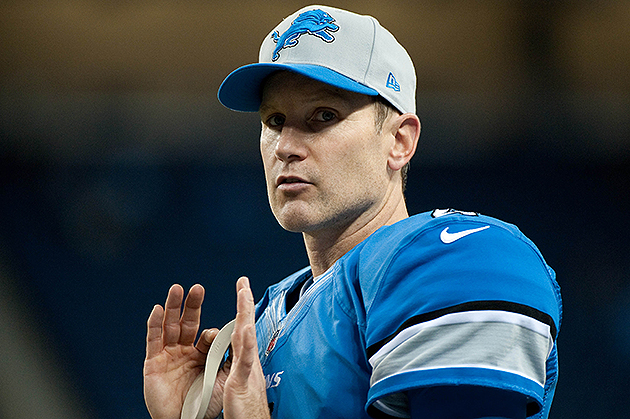 A little less than a month ago, Hanson was coming back, provided he and the Lions could work out a deal. On Thursday, April 4, 2013, Jason Hanson retired from football after TWENTY ONE (21!) years of kicking for the Detroit Lions. There will be a press conference on Tuesday.

While it might seem like Hanson and the Lions couldn’t come to terms on a contract, the oldest active player in the NFL indicated that a heel injury was ultimately what convinced him to hang ’em up. Believe what you will, but what Hanson says should stand and, rather than concern ourselves with the why, we should celebrate No. 4 and his great career.

Hanson was sadly the lone bright spot for many a putrid Lions teams and admirably remained loyal to Detroit despite all the downs. 21 years of steady kicking not only made Hanson the Lions’ all-time leading scorer, but also helped land him third on the NFL’s all-time scoring list, behind only Morten Anderson and Gary Andersen. (By the way, only three Lions on that list spent their entire career in Detroit — Barry Sanders and Doak Walker are the other two and both have their jerseys retired.)

RT to congratulate Jason Hanson on 21 seasons with the Detroit Lions. twitter.com/DetroitLionsNF…

Congratulations, Jason Hanson, and thank you for your service to the Honolulu Blue and Silver.

Also, Hanson wasn’t just a kicker. Look what he did when he was 40! Just imagine what he looked like when he was 25!

Now that his career is over, it’s casual khakis above the belly button all the time!