IF you need help catching up, ofr the first time ever, all three teams important to Barry Melrose Rocks made it to the post season. Of course all three busted out in the first round. The Wild went out meekly against the Blackhawks. Schultz’s Islanders at least put up a fight against the Penguins. As for the Maple Leafs… well, we won’t talk about the Maple Leafs.

We’ve all seen our teams lose and we are coping, ready to move on. But who do we throw our support behind? This are definitely not teams to bet on given our previous track record (but if you want to bet on it, might I recommend sports betting at www.TopBettingReviews,com?) but these are teams that you could throw your support behind and still feel good about it.  Fofllow along after the jump as we count down to the teams that are less villainous. At least, they are in my eyes.

8) Pittsburgh Penguins: It’s not that I specifically hate the Penguins, but it’s a general disdain for the entire city of Pittsburgh. Please, tell us some more about that one stupid sandwich! I don’t want to talk about it. Let’s move on.

7) Boston Bruins: Generally speaking, the Bruins are the least obnoxious sports team from Boston, and I think that should earn them points right there. Still, I feel squeamish cheering for a team that I watched rip the heart out of Loser Domi live on television.

5) New York Rangers: I love that the Rangers sent Marian Gaborik to the middle of Ohio. that’s so awesome. Out of respect to Schultz though, I’ve got to keep the Rangers in the bottom 4.

4) Detroit Red Wings: All right, Detroit. You had your two decades. Let’s let someone else have a shot.

3) Los Angeles Kings: The last thing we need is for the people from Los Angeles to get something to be more arrogant about, right? I have no specific ill will for the Kings or Los Angeles. In fact, for Barry Melros’s time with the team, I think we can even give them a pass.Not to number one, of course, but a pass.

2) San Jose Sharks: The Sharks are pracitically the Minnesota Wild from 2009. You would think that would be enough for me to want t cheer for them, but in fact, that’s proably what knocks them down to #2. It’s a harsh world.

1) Ottawaa Senators: Oh, sure, the Senatos maybe went overboard with their glee over Lars Eller getting taken out, but I think thats cold blooded and kind of awesome. Besides, I am from the western part of the NHL fan base so I have no idea if there are any terrible stereotypes I should be aware of. AND they are playing the Penguins. Viva Los Senators! Or whatever language they speak in Canada! 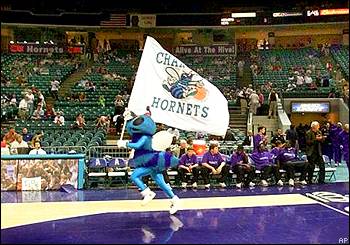 Pacers KO Knicks in 6! Bring on the Heat!

They're back, baby! The Indiana Pacers broke free of my jinx for the second straight round by beating the New York Knicks 106-99 tonight, finishing...