Could the Kings new head coach use his clout to help the Kings attract free agents?

When free agency tips off next month, the Sacramento Kings will find themselves in familiar territory.  With a payroll projected at $43 million come July 1st, they will be far under the NBA’s $58.5-million salary cap.

The difference this time around?  There’ll be money to spend thanks to the team’s diverse new ownership group.  Vivek Ranadivé and his crew are a deep pocketed bunch, bringing in dollars from all parts of the state to a franchise that’s been one of the league’s lowest paying teams in recent memory.

They of course have in-house business to address with Tyreke Evans, who is a restricted free agent this summer.  But the open market won’t be short of talent with Chris Paul and Dwight Howard highlighting this year’s class.

Before jetting to Los Angeles, Paul played one year for new Kings coach Michael Malone in New Orleans.  In fact, before taking the Sacramento job, Malone was cited as a possible coaching candidate for the Clippers due to his ties to Paul.  There are no indications that the All-Star point guard would even contemplate coming to Sacramento, but the new Kings coach claims to have a strong relationship with Paul that could work to his advantage in a free agency pitch.

“Obviously, Chris would look pretty good in a Sacramento Kings uniform without a doubt,” Malone said with a smile yesterday when asked if he could use his clout with Paul to convince the superstar to consider the Kings come free agency.  “But he’s a great friend, somebody I had a great relationship with in New Orleans.  We stay in touch.

“He’s got a lot of his own things going on right now,” Malone added.  “And as I told him recently, I care about him, I hope he’s okay and whatever decision he makes is best for him and his family, I’ll always be rooting for him.”

One free agent that might be interested in joining the Kings also fostered a strong bond with Malone in a previous stop.  Monta Ellis played the part of one season for Malone in Golden State before being traded to the Milwaukee Bucks prior to the 2012 NBA Trade Deadline.  According to Yahoo! Sports, Ellis acquired “a great deal of respect for Malone’s basketball IQ and his ability to teach and relate to players”.

Like Paul, the 42-year-old coach spoke highly of Ellis, explaining that it wasn’t hard to develop a relationship with the dynamic scoring guard.

“I think the world of him as a young man and as a player,” Malone said. “As far as him coming back to Sacramento, that’s something that will be discussed amongst Vivek, the new GM, Geoff Petrie and those guys.  But all I can say to that is I love Monta and I think he’s a terrific talent.”

For 19 seasons, the Sacramento Kings have been shaped and crafted by Geoff Petrie.  But by the end of the month, his tenure as Kings president of basketball operations will come to an end.  Until then, Petrie is expected to continue to work during the transition even after Vivek Ranadivé hires his replacement.

“The fact that Geoff will stay on in some capacity as a consultant and as a current GM will help Vivek and myself tremendously,” Malone said.

Yesterday afternoon, Petrie and key members of his staff, including Wayne Cooper, Mike Petrie, Shareef Abdur-Rahim, Jerry Reynolds and lead scout Scotty Stirling, were active spectators in the Kings’ first pre-draft workout of the summer.  The new Kings coach commended the outgoing president’s commitment to working with him as he adapts to Sacramento.

“I met with Geoff this morning briefly,” Malone said yesterday. “Before the workout, during the workout and after – and I just told him how much I appreciate him just sticking around.  He knows the draft a lot better than I do.  He’s been studying these guys.  Him and his staff, Shareef and his son Mike, (have) been studying the guys all year long.”

Assisting in evaluating prospects leading up to the draft isn’t the only way Petrie is aiding the new regime.  Malone hopes to gain some knowledge from Petrie on the strengths, weaknesses and personalities of the players currently on the Kings’ roster.

“I’m still going to keep an open mind and form my own opinions on these guys,” Malone said.  “I don’t want to be swayed either way.”

Malone on piecing together his coaching staff

Malone said he would be meeting with current Kings assistants about their future today.  Here’s what the Kings new coach said about how he plans to assemble his coaching staff.

The one person that we all know will be on my staff will be my father (Brendan Malone).  But aside from that, there are guys that I’m talking to.  I’m not going to rush just to fill my staff to say that my staff is complete.  I want to take my time with it and make sure I bring in the best staff that will complement me, that will challenge me and will be loyal to the mission that we have right now, which is trying to turn this Sacramento Kings team around. 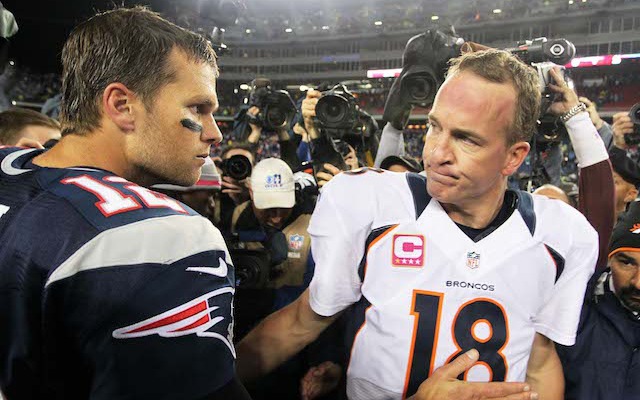 Only Reggie White was better than Deacon Jones...

Don't take my word for it… but only Reggie White was a bigger force at defensive end than the late Deacon Jones. The Hall of...