Cousins speaks for the first time about the new Kings.

LAS VEGAS – DeMarcus Cousins made himself very clear today – he wants to be part of the change in Sacramento.

“I’m super excited about where this franchise is headed and I’m glad to be a part of it,” Cousins said.

Cousins arrived in town last week ahead of Team USA’s mini camp and spent Friday watching the Kings Summer League team defeat the Atlanta Hawks in their final game. With Tyreke Evans leaving via trade earlier this month, he’s well aware that the Kings are now his team.

“I’m going to take this opportunity and do my damn best,” he said. “Hopefully, I can lead this team to some wins.”

Cousins knows he is under the microscope. The new ownership group, front office and coaching staff have all gone on record, calling him the face of the franchise, which Cousins embraces. However at the same token, the Kings starting center wants people to remember that he still also has a little more growing up to do.

“I believe people forget that I am only 22 years old,” Cousins said. “At the same time, I have a big responsibility. It’s going to take me time and I’m still learning, but I believe I do improve every year.”

He is excited about the direction the franchise is headed and is working hard to overcome some of the issues that have plagued him in the past. Cousins is looking forward to playing with Greivis Vasquez in a new-pass first offense and can’t wait to play with Carl Landry again. He has an eye towards becoming a leader and the face of the franchise while working on his approach with others.

“I’m an aggressive guy,” Cousins said. “And sometimes I come off very aggressive to my teammates. Not anything personal, that’s just my personality.”

That aggression has spilled over to the previous two coaching staffs, but Cousins doesn’t seem too worried about how he and coach Michael Malone will fair together.

“At the end of the day, honestly, it doesn’t matter if we don’t get along,” Cousins said of how his relationship with Malone might work.  “As long as we can both go get the job done.”

So Cousins plans on being Cousins. He believes that he has matured in each of his previous three seasons and has a lot riding on this next one. He isn’t a lock for Team USA, but he will be given the chance to prove that he is one of the world’s most elite players.

No hard feelings between Cousins and Colangelo

A year ago, Cousins was the talk of Team USA, but unfortunately for all the wrong reasons. He got off on a bad foot with USA Basketball chairman Jerry Colangelo and a mountain was made out of what we now know was a mole hill.

“I believe the whole thing was blown out of proportion,” Cousins said of last summer’s misunderstanding with Colangelo. “What was said between us wasn’t as bad as it was.  But for him to push that aside and give me another chance, I’m very thankful for it. Like I said, I’m going to come in here and make the best of this opportunity.”

Last summer, Cousins was none too pleased with Colangelo’s comments about his maturity level following his participation with the men’s select team.  The spat between the two became one of the major headlines coming out of last year’s training camp before the London games.

However this summer, Colangelo and Cousins have buried the hatchet and put those issues behind them.

“I’ve been around the game a long time,” Colangelo said. “So, you know things happen, you set them aside, you bury these things and you move on. And I think it was overplayed last summer for sure with the media, but that’s last year. And so I never had a doubt I’d bring him back if he deserved to come back and he did.”

With Colangelo’s blessing, Cousins has returned to Vegas for another go. He is among 28 players trying out for the men’s national team and has his eyes set on the 2016 Olympics in Rio. With up-and-coming bigs like Anthony Davis, Andre Drummond, Greg Monroe, Larry Sanders and DeAndre Jordan all vying to make the games, he has some strong competition.

Cousins looked very good on day No. 1. He’s shown up to Las Vegas in good shape and seemed to be in a good spot mentally.  After a rough go last season, he believes he doesn’t have to adjust his method this time around, but he is on a mission.

“Same approach,” Cousins said when asked if he is going to do things differently this time around. “Come in and try to be the best big man here. Plain and simple.” 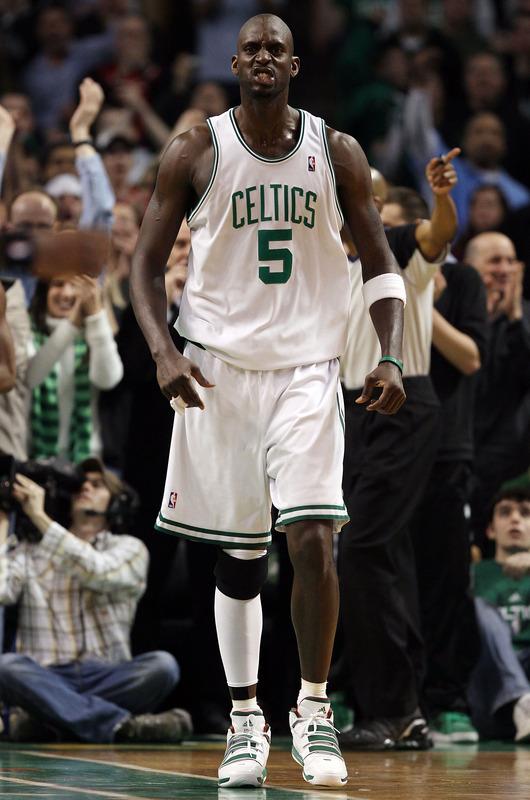 Well this came out of no where. With an animated snail, a group of “A” list action stars, and a PG-13 “Men In Black” look-a-like...