Poll: Weighing in on most anticipated Sacramento Kings game of 2013-14 NBA season besides home opener

What 2013-14 regular season match-up are Kings fans intrigued by?

The Sacramento Kings announced their 2013-14 regular season schedule yesterday and they’ll tip-off with a home-friendly slate, which includes the season opener versus the Denver Nuggets on Wednesday, Oct. 30 at Sleep Train Arena.  Following their match-up with the Nuggets, the Kings will go on to play eight of their following 13 games in Sacramento.

The home opener will surely be a vibrant, festive atmosphere after all that the Sacramento community experienced over the last three years.  It will also likely be the most anticipated game among fans.  So for the purposes of today’s poll, we’re leaving that October contest out of contention.  Instead, we’ve listed six games that may also be of interest for fans this upcoming season.

The Warriors and Kings have played some entertaining contests against one another in recent years.  With the connections between these teams running deep, the first meeting between the Warriors and Kings should once again be a must-watch.  Who wins the sideline battle between Mark Jackson and his former lead assistant Michael Malone?  Does Andre Iguodala have something to prove to the Kings after they pulled a lucrative offer to him from the table this summer?  Will Carl Landry make the Warriors regret letting him walk in free agency?

This is not a marquee match-up.  But, this home game against the Pistons will have the allure of being the Kings’ only appearance on ESPN this season. Games on ESPN and TNT have become sparse in recent years for the franchise.  But when the Turner and ESPN crews have to come town, they’ve usually been greeted by a ruckus group of fans inside Sleep Train Arena, hoping to remind a national audience that they’re still one of the best fanbases in the league.

The rivalry between the Kings and Lakers isn’t what it used to be.  However, one constant remains and his name is Kobe Bryant.  But, will the five-time NBA champion be healthy enough to suit up in the Lakers’ first visit to Sacramento this year?  Bryant is coming off major surgery after tearing his achilles tendon last April.  The usual recovery time from an injury that severe is nine months to a year, but the Lakers superstar is already ahead of schedule and could be back by November or December.

The Dallas Mavericks will come into Sacramento with a brand new supporting cast around Dirk Nowitzki.  After a one year experiment with players like Darren Collison and O.J. Mayo, Monta Ellis and Jose Calderon are now the newest fixtures in the Mavs’ backcourt.  They also could’ve been the Kings’ point guard and shooting guard tandem after Sacramento explored the idea of both players during free agency.  And despite a contentious history against the Mavericks, DeMarcus Cousins has also been a target of Mark Cuban’s for quite some time.

Tyreke Evans wanted to stay.  But unfortunately, circumstances in Sacramento coupled with the money offered in New Orleans made it a forgone conclusion that the former rookie of the year would be on his way out.  Evans will make his return in a new uniform two days before Christmas, perhaps in a new role as a sixth man for the new look Pelicans.  Expect a warm ovation for the 24-year-old swingman, who for the most part was a model citizen during his tenure in Sacramento.

Spencer Hawes will tell you he has no regrets about which side he chose.  As a Seattle native, he has been an outspoken supporter of bringing the SuperSonics back to the NBA, even if it meant relocating the team where he started his professional career.  Hawes will likely hear it from the Sleep Train crowd when he and 76ers take the court in Sacramento this season.  He did last time.

Is there a game that you think we missed?  Feel free to vote “other” and post your choice in the comments below. 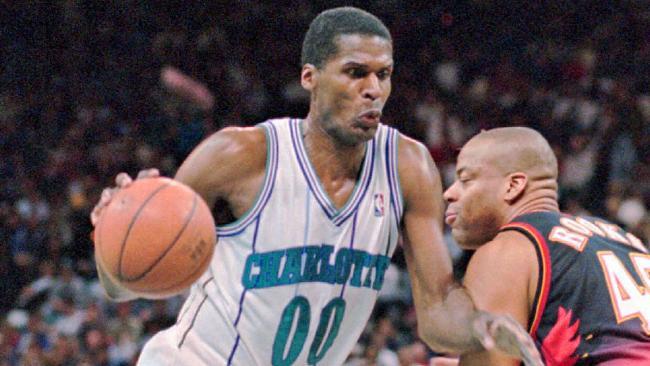 Your Morning Dump... Where Robert Parish has advice for Paul Pierce and hope for Rajon Rondo