Turnovers kill the Kings in a seven-point loss at home.

Taking care of the basketball hasn’t been a problem for the Sacramento Kings this season.  Going into their eighth game of the year, the Kings were ranked first in the NBA in fewest turnovers committed.

But going up against the Detroit Pistons Friday night, it was a different story.  The Kings gave up 17 turnovers, one shy of tying a season-high 18, in a 97-90 loss to the Pistons at Sleep Train Arena.

“You can’t win games if you constantly beat yourself,” Kings head coach Michael Malone said of his team’s struggles to maintain possession Friday. “Tonight was one of the few games this year when we were turning the ball over a lot. The worst part about it was that they seemed to score on every turnover.”

From the tip, the Kings had trouble hanging onto the ball.  In the first quarter alone, they coughed up seven turnovers to the Pistons’ swarming defense.  Detroit took advantage of the extra possessions on the night, scoring 22 points off Sacramento’s turnovers.

“We allowed them to get their hands in there on balls and we weren’t strong with the ball,” Kings starting center DeMarcus Cousins said after the loss. “Just careless turnovers.  I had a careless turnover at the end, passing it to Greivis (Vasquez). So making plays like that, we’re going to continue to lose games.

“We’ve got to find a way to correct these mistakes,” Cousins added. “We’re making the same ones every time.”

To make matters worst for the Kings, a key member of their rotation was sidelined during the game due to injury.  Early in the second quarter, forwards Patrick Patterson and Travis Outlaw collided chasing down a rebound, resulting in knee contusions for both players.  Outlaw managed to shake off the injury, but Patterson left the contest and did not return to the Kings’ bench.

“He seems to be okay,” Malone said when asked about the status of the fourth-year forward.  “I’m sure that they’ll give him some tests to see how bad it is.  But I don’t think right now it’s anything real severe at this moment.”

Losing Patterson and the careless night handling the ball put a damper on fans’ efforts in the Kings’ only nationally-televised game this season.  A sellout crowd of 17,317 shattered the Guinness World Record for loudest indoor roar, previously held by Milwaukee Bucks fans, on three different occasions Friday evening.

The loss brings the Kings’ record to 2-6 and 2-4 at home.  They return to action Sunday for a matinee contest against the visiting Memphis Grizzlies.

Vasquez on his turnover woes.

“Some of them were (because of) sloppiness.  I got an offensive foul, an out of bounds (turnover) and a couple slow passes. It was just horrible, all of us. It was unacceptable. Eight turnovers – that’s not usually me so I take responsibility.  I’ve got to get better at that.” 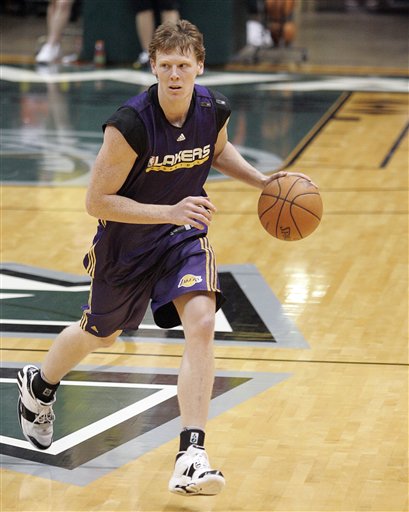 Flyers Grounded By Jets 3-2 After Collapse In Third

There were no shortage of coronaries to be handed out during this game as Flyers fans were treated with more heart attack inducing...