The Kings lose yet again due to lackadaisical effort.

If there’s one thing the Sacramento Kings have done consistently well this year, it’s been dig themselves into deep holes against their opponents.  They did so again Sunday by shooting an abysmal 31.9 percent from the field in the first half of a 97-86 loss to the Memphis Grizzlies at Sleep Train Arena.

“We saw the same things as usual,” head coach Michael Malone said following the defeat this afternoon.  “If you’re not physical and you don’t match the other team’s effort then you’re going to have a hard time.”

The Kings’ abysmal play reached a lackadaisical crescendo in the opening moments of the third quarter.  Trailing by 13 at halftime, the Kings allowed the Grizzlies to score seven unanswered points to push their lead to a game-high 20 points.

Following a few more minutes of lackluster energy and effort from his starters, Malone saw enough and turned to his bench.  A reserve unit led by Travis Outlaw trimmed the Grizzlies’ lead to single-digits headed into the fourth, but by then it was already too late.

“Every night, I feel like we should be able to leave it all out on the court,” said Outlaw, who scored all 18 of his points after halftime.  “Even if we don’t win, the effort should always be there.  That should never be a question.  We get to play the game we love.  We should always want to at least play it the right way and hard.”

Malone opted to ride Outlaw and the rest of his reserves for the remainder of the game.  With the exception of Luc Mbah a Moute, who made his first start of the season, Greivis Vasquez, Ben McLemore, DeMarcus Cousins and Jason Thompson, went on to play roughly just four minutes in the second half.

Malone told reporters that he wasn’t trying to “send any messages” to his first unit by keeping them glued to the bench for most of the second half.  But actions obviously speak louder than words.

The Kings now fall to 2-7 overall and 2-5 at home.  They’ve lost their last two contests after snapping a five-game losing streak on Wednesday.  They return to action Tuesday to complete a five-game home-stand against the visiting Phoenix Suns.

John Salmons on coming off the bench for the first time this season.

“Before the game we were 2-6.  I haven’t been shooting the ball well, so he just wanted to make a change and I respect his decision.  I still have to be a leader on the team and try to help these young guys out.  I’m going to continue to do that, continue to try to help our team win, do the best I can with my role and move on. 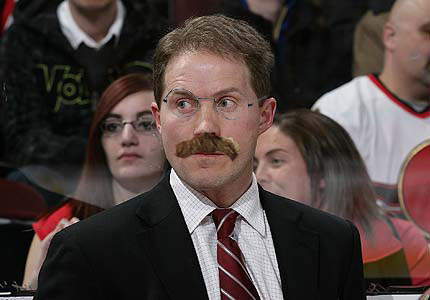 First off I’ll say this, awesome comeback by the Oilers last night in Calgary. It was a gutsy performance in the third period, and hopefully...