Every new football season starts out with the same level of excitement as summer winds down and school begins. The unknown of what may or may not happen is debated, discussed, and prognosticated by any and all that have even the minimum of  a ‘voice.” Most sports betting sites like SportsBettingOnline.ag have all the odds that you need, but the unexpected can and will always happen.

Last year, who would have thought that Notre Dame would have rose all the way to the #1 ranking while running the table with a 12-0 record? Not even the most optimistic of us would have dreamt up that scenario. It is continuing proof that sports, and in our case football, are entirely too volatile to ever seriously try and predict with absolute authority.

Look at a team like Baylor this year. While there are still a handful of teams that remain undefeated, and two ahead of the Bears that could win out and head to the BCS National Championship game- Baylor could still get to that game with just a little bit of luck, just as the Fighting Irish did a year earlier.

Unfortunately for Notre Dame fans, a lot of what has happened to the Irish was predicted- although most of that was out of spite rather than knowledge. In this business, you get to be labeled a “genius” for guessing correctly. Guessing. I never did guess that Notre Dame would lose more than 3 games this year. My own predictions teetered back and forth between 9-3 and 10-2 with 11-1 being very possible.

After the loss against Pitt, Notre Dame has already maxed out my guess at the total number of losses, and the Fighting Irish still have 2 very tough games to play (which just got tougher due to the season ending surgery that nose guard Louis Nix just got this week). The BCS game that many thought could happen, is no longer an option and the Irish will be forced to choose from a handful of much lesser bowl games with much lesser competition and much lesser prestige.

Those odds didn’t seem likely in August, but that’s the way it goes. Don’t worry though… in just a few short months we will all be looking towards the 2014 season and we can start rolling the dice with our predictions of a better season. The game marches on. 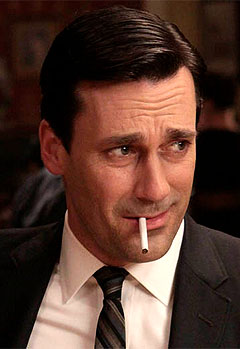