The Brodeur Vs. Schneider Debate In New Jersey

Martin Brodeur has been the starting goaltender for the New Jersey Devils for as long as I can remember.  Almost 21 years, and for most of his career, he has consistently won at every level, the NHL and the Olympics.  With Stanley Cups and Olympic Medals to his credit he has already secured a place in the Hall of Fame.

Now the question comes should he take a step back and let the highly coveted backup take a step forward? That’s exactly the case, as a recent strong spell from Cory Schneider has the 41-year-old legend re-considering his position. Brodeur praised his younger teammate’s consistency this season, and made it clear that his only goal is for the Devils to win games.

“At the end of the day, we need some wins and we’ve played well with him so far,” Brodeur told NorthJersey.com Monday. With their odds to win the Stanley Cup dwindling the Devils need to start winning.

“That’s one of the things that I think it’s going to be over the next few months because we got ourselves behind the eight ball. We need to win.”

Brodeur had stumbled out of the gate early, posting an abysmal .865 save percentage, along with a 0-2-2 record and 3.40 G.A.A.  75% of Devils fans voted for Cory Schneider to be the Devils’ top goaltender after Martin Brodeur’s uneven start to the season.

But in the month of November, Broudeur has once again made a case to keep his starting job and perhaps even a spot on the Canadian Olympic roster.  He has, at the time of writing, allowed just three goals in four starts and posting a .968 save percentage in the month.

Schneider, like his stint in Vancouver where he stole Roberto Luongo’s job, has performed well when he’s had opportunities.  His 1-4-3 record at the time of writing doesn’t give him the credit he deserves. He hasn’t allowed more than three goals in a game this season. His 2.09 GAA is eighth best in the league just 0.01 of a point behind Brodeur. 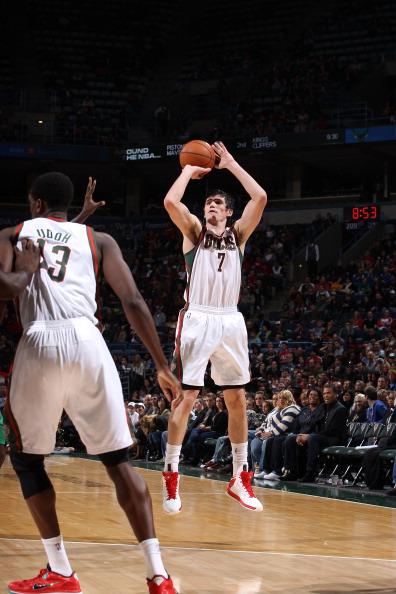 The Oakland Athletics have announced the signings of six minor league free agents adding four relievers, a starting pitcher and a second basemen. Matt Buschmann originally a 15th round...