Trade analysis: Why the Rudy Gay trade makes sense for the Sacramento Kings

For the second time in less than two weeks, it appears that the Sacramento Kings have pulled off a major roster-changing trade, sending Greivis Vasquez, Patrick Patterson, John Salmons and Chuck Hayes to the Toronto Raptors for Rudy Gay, Aaron Gray and Quincy Acy.  No official announcement has been made yet, but an NBA source has confirmed to Cowbell Kingdom that a deal has been agreed to in principle, pending physicals.

On its face, the Kings are really dealing three rotational players for one extremely talented player.  But they are also sending a message that the new Sacramento Kings organization is willing to gamble and spend money to improve the product on the floor.

Who are Rudy Gay, Aaron Gray and Quincy Acy?

Gay is the centerpiece of this deal.  The 27-year-old former University of Connecticut star is moving for the second time in less than a year.  Best known for his six-plus seasons with the Memphis Grizzlies, Gay is a volume-scoring small forward with elite athleticism.  At 6-foot-9 and 220 pounds, Gay is the most talented player the Kings have had on the wing since the Ron Artest/Peja Stojakovic days.

Gay has struggled with his shot this season, shooting just 38.8 percent from the field, but he is a career 44.7 percent shooter over his seven years in the league.  For a deeper look into his struggles, make sure to give our friend Tom Ziller a read this morning on the subject over at SBNation.  Ziller explores usage rate and its correlation to shooting percentage for Gay.

While not an incredible defender, Gay is a very solid rebounder for a small forward, averaging 7.4 per game this season for the Raptors and nearly six a game for his career.  He is also filling up the stat sheet, averaging 1.6 steals, 1.3 blocks and 2.2 assists in 35.5 minutes per game.

Gay is under contract for next season at a robust $19.3 million, but he has an early termination clause that allows him to walk away from the final year.  It is unlikely that he will opt out, but you never know.  He will be 28 next August and in line for one more major long-term deal.  If Gay opts out, the Kings would still own his “Larry Bird rights” and could exceed the salary cap to retain him if a deal could be worked out.

Where Gay is a super athlete, Gray is a space filler.  At 7-foot, 270 pounds, Gray is a mountain of a man and the type of bench big man that general manger Pete D’Alessandro has been looking for.  Gray won’t blow you away statistically, but he is an efficient post scorer and an excellent rebounder in limited minutes.

Acy is a player with limited NBA experience who may or may not be part of the plans in Sacramento.  At 6-foot-7, 233 pounds, Acy has the body to be an NBA defensive specialist.  A strong rebounder for his size, Acy is a combo forward that might come in handy for Malone if D’Alessandro continues to move pieces like Thompson or veteran Travis Outlaw.

How do Gay and Co. fit with the Sacramento Kings?

Gay instantly unseats newly acquired Derrick Williams as the starter and provides the Kings with a third scoring option alongside DeMarcus Cousins and Isaiah Thomas.  That doesn’t mean that Williams is done in Sacramento or even out of the starting lineup.  Rumors surfaced Sunday evening from ESPN’s Marc Stein that D’Alessandro is already looking for a new home for starting power forward and longest-tenured King Jason Thompson.  Michael Malone has options.  He can stick with Thompson for now or he can transition Williams to the four, giving Sacramento one of the most athletic starting lineups in the NBA.  Gay is a high quality rebounder for his position, which would offset any loss on the glass between Thompson and Williams.

Neither Gray nor Acy are guaranteed anything in Sacramento.  The Kings have an option on Acy for next season at less than a million dollars, while Gray is an unrestricted free agent this summer.

Why deal half your roster after just 18 games?

Because losing by two points is still losing.  New Kings ownership is anxious to provide a product that is worthy of the incredible fanbase in Sacramento.  And D’Alessandro is more than ready to move on from the Geoff Petrie era.  Before the first game of the season, I asked D’Alessandro if he was excited to see his creation take the floor for the first game and he responded with a quick jab that this team was about 27 percent his roster.  That is no longer true.

In six months’ time, D’Alessandro has brought in Ben McLemore, Ray McCallum, Carl Landry, Hamady Ndiaye, Derrick Williams, Rudy Gay, Aaron Gray and Quincy Acy.  Only six players remain from last season’s roster and more moves are possible.  Not all of these players are on D’Alessandro’s wish list, but he is making moves that have clearly improved the talent base of a 28-win team from a season ago.

It didn’t take long to see that the quartet of players sent to Toronto were not right for this team.  Vasquez was clearly the biggest piece that D’Alessandro moved in the deal, but it was clear from the beginning of the season that he was a bad fit for a defensive-minded coach like Malone.  It took six games for Patterson to play himself out of the starting lineup, and his inconsistent play has to be infuriating for a coach.  Salmons and Hayes are veterans on their last legs in the league.

Sacramento has landed a top-flight talent, and the cost was a handful of players on short-term contracts.  Sure, Rudy Gay has struggled with his shot over the last two seasons and the Kings took on more than $12 million in salary for next season, but this is a deal that makes sense for everyone involved.  If Gay pans out, then he is a strong scoring option next to Cousins and Thomas.  If he doesn’t, he is a huge expiring contract before the 2015 free-agent period.

The Kings came into the season with no starting small forward and position battles all over the court.  They now have a player at the wing who has played at an All-Star level and the glut at guard and power forward just got cleared.  Isaiah Thomas is now the starting point guard once again.  Thompson may go back to the bench, but there are plenty of minutes for a three-big rotation of Cousins, Thompson and Williams.  McCallum will get a look and so will Jimmer as a point guard.

This is the new world order in Sacramento.  Players are pieces in a giant game of chess.  D’Alessandro just made a major league power move and it doesn’t look like this will be his last. 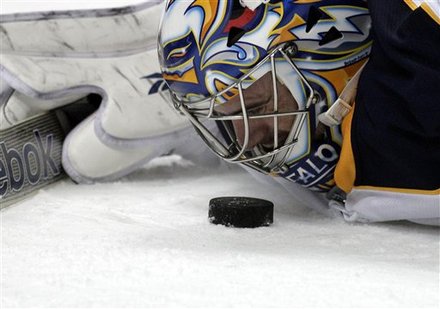 Dion Phaneuf - Is it Possible he'll be an Oiler?

I would like to start this article off by saying once again that I, nor anyone else at www.theoilersrig.com, is what one would consider a...