Is Ben McLemore the next Gerald Green?

Without fail, the most entertaining moment of draft season comes when a player compares himself to an NBA great.  It usually goes something like, “I just want to be the best version of [insert name of rookie speaking in the third person] that I can be…but if I had to compare my game to someone, it would be Michael Jordan, but with LeBron James‘ size.”  It’s a softball question, but every year, a handful of players bite.

It’s human nature to make comparisons.  As a writer or an analyst, we often try to place a player’s game in some sort of historical context.  After all, there are only so many player types out there.  Typically what we see is a variation on something we have seen before.  Be it a similar size, body type, skill set or movement to a player, almost every player in the league has a doppelganger of sorts.

It is the outlier that truly stands out.  There will only be one LeBron James or Shaquille O’Neal.  There is a uniqueness to their size, strength and skill set that will most likely never be replicated.  But players like that are few and far between.

For the rest of the players, we need only to sift through data and study the the look and feel of the player to find a comparison.

I have gone on record as saying that Derrick Williams reminds me of a young Gerald Wallace.  Not the 19-year-old Alabama product that couldn’t stay upright in his early days with the Kings, but the early 20’s Wallace that started to excel in the league.

I believe that Williams is a few years ahead of where Wallace was at the same age, and I am intrigued to see what he looks like three seasons from now as a 25-year-old.

In basketball conversations this week, it was brought to my attention that Kings rookie Ben McLemore’s game bears a striking resemblance to the Phoenix Suns’ Gerald Green.  That may alarm some folks, but it should also provide a possible trajectory for the 21-year-old McLemore.

Like Green, McLemore is blessed with incredible balance, athleticism and a solid perimeter stroke.  He is a player who has won a slam dunk championship, but could also compete in a 3-point shootout.  One of the last high school players allowed to come straight to the NBA, Green began his career as a 20-year-old rookie with the Boston Celtics during the 2005-06 season.

Green made major strides in his sophomore season, averaging 10.4 points on 41.9 percent shooting from the field and 36.8 percent from long range for the Celtics.  But after being dealt to the Minnesota Timberwolves in the Kevin Garnett deal, his career was sidetracked by instability.

Green has now found a home in Phoenix, averaging 15.7 points on 44.4 percent shooting from the field and 39.3 percent from downtown.

I’m not proposing that McLemore will take nine years of professional basketball, including stops in the development league, Europe and chances with seven different NBA teams before finding a home in the league.  But like Green, he is going to take time to develop.

As was the case with Green early in his career, McLemore struggles with both dribbling and ball-catching skills that are necessary for an elite wing player.  The raw skills are there, but there is a huge difference between competent and NBA level.  As he stands today, McLemore is completely dependent on other players to create shots for him.

On the defensive end, the game is still moving at the speed of light for McLemore.  Despite playing in 65 games, including 38 starts, McLemore is still making basic mistakes, multiple times per game.  That is more than the equivalent of two college seasons, but he is out of control and unfocused on the defensive end and the Kings’ opposition is eating him alive on most nights.

McLemore still has 17 games to show improvement.  But while he is finding his game, the Kings are forced to assess whether he is ready to play major minutes next season, or if they need to look to a veteran to bridge the development gap.

While that assessment is still incomplete, it is clear that the Kings do not have the right pieces in place to support the player that McLemore is today and will continue to be for the next three to four seasons.

With Isaiah Thomas, Rudy Gay and DeMarcus Cousins in place, the Kings are built for isolation basketball and they thrive in the pick and roll.  Neither of these sets play to McLemore’s strengths.  In fact, they play to his weaknesses.

As of today, the Sacramento Kings need a ball-handling defensive specialist who can stretch the defense with consistent long-range shooting.  That is not who McLemore is now and he may never be that player.

McLemore needs a motion offense.  He needs cuts and fast break opportunities and he needs his teammates to make him better.  That may not be who he is in four or five years, but then again, it probably is.

If Green is a blueprint of the player that McLemore will become, the Kings need to plan accordingly with their roster moves. Just as important, they need to be patient. 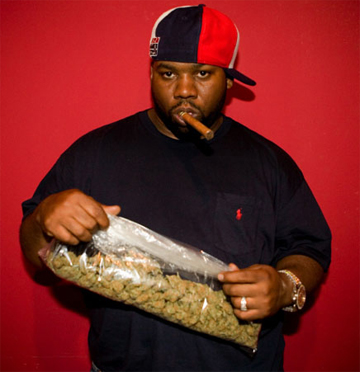 The Edmonton Oilers continue a killer road trip tonight in St. Louis for the first half of back-to-back games, and the third and final meeting...