The shift is ongoing, but the organization finally has taken positive steps to turn itself around.

It’s been one of Michael Malone’s top priorities since taking over as Sacramento Kings’ head coach last June.

Turning around a franchise that’s been mired in now eight-straight losing seasons doesn’t happen overnight. But under Malone, have the Kings made progress? Those that have been around the organization for quite some time say yes.

“For the most part, yeah the culture’s changing,” Kings starting point guard Isaiah Thomas said following the last game of the season Wednesday against the Phoenix Suns. “You’re not gonna change it in one year. But they’ve done their part.”

There is a sense of accountability inside the halls of Sleep Train Arena these days. The same couldn’t be said about the previous seven seasons in Sacramento. A revolving door of head coaches coupled with the instability of the franchise’s future in the capital city made it a challenge for players to feel any sense of purpose.

The lack of direction deteriorated the team’s morale and as a result, the Kings have done more losing than winning in the last several seasons. Since their last playoff appearance in 2006, the Kings have won just under 34 percent of their 640 games over the last eight years.

In terms of wins and losses, there wasn’t an improvement this season. The Kings finished with the same exact 28-54 record that they posted in Keith Smart’s final campaign as head coach. Measuring a franchise’s change in culture, however, goes beyond just wins and losses. With a coaching staff that’s being closely monitored by its ownership group, there’s a belief around the Kings locker room in the message they’re being sold.

In his first year at the helm, Malone has stressed defense as a major point of emphasis in his effort to change the franchise’s culture. They were small, but the Kings made noticeable strides in their defensive play this season. They finished with a defensive rating of 106.3 points per 100 possessions, which is not something to write home about. But, it’s 2.3 points lower than their defensive rating last season of 108.6 points per 100 possessions.

Malone also kept his team engaged throughout the dog days of the season. This year, the Kings played with purpose even when it was clear that the postseason wasn’t in their future. That’s not something that happened last year while the franchise was busy staving off relocation to the Pacific Northwest.

Last season, the Kings allowed their opponents to shoot 47.9 percent from the field following All-Star Break compared to 46.8 percent before it. This year, however, opponents’ field goal percentages dropped after All-Star Weekend. The Kings limited teams to 45.5 percent shooting in the final 29 games of the season compared to 46.4 percent in their first 53 contests.

“We’re not there yet by any means,” Malone said. “But as long as we’re heading in the right direction, and guys are buying into what we’re doing, and they know what we’re trying to do and they understand who our identity needs to be, then I’m happy with that. And our offseason is going to be very important. This is a big summer for all of us here.”

In his mission to change the Kings’ culture, Malone has gotten reinforcement not only from the ownership group, but from the front office as well. Kings general manager Pete D’Alessandro and his team have overhauled the roster, bringing in a mix and match of new personalities with little connections to Sacramento’s old guard.

There is a renewed sense of enthusiasm and commitment in the Kings’ front office, something that couldn’t be said over the last several years. Unlike the old staff run by Geoff Petrie, D’Alessandro and his team know they have solid footing in the franchise’s foundation.

“Just the spirit of the front office,” Kings veteran forward Travis Outlaw said of one of several things he’s noticed different about the organization this year. “They’re very excited about what they’re doing here.”

The foundation is in place and the culture change is on-going in Sacramento. In their first year running the show, Malone, D’Alessandro and Kings majority owner Vivek Ranadivé have done what’s necessary to change the course of what was once as sinking ship. Now, it’s just up to the guys in the locker room to hold up their end of the bargain.

“The front office, the coaches – they’ve done their part,” Thomas said. “It’s just time for the players to change it over. And change everything to getting wins and trying to turn this organization around.” 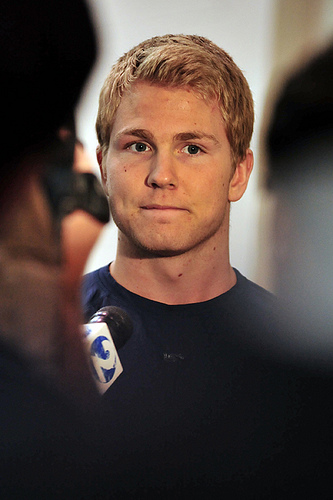