As promised we will be celebrating our 10th anniversary of AngelsWin.com by focusing on our members, contributors and writers. I’m pleased to debut this weekly feature that we’ll be posting throughout the 2014 season by interviewing our longest tenured writer and contributor at AngelsWin.com, Adam Dodge.

Adam has been not only a tremendous contributor to our blog, forum discussion and events over the years, but also a great friend — met through none other than, AngelsWin.com.

So without further ado, here’s our interview with Adam Dodge (pictured below). 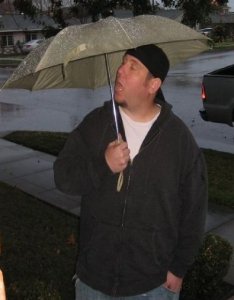