The Sacramento Kings are in the need of another assistant coach and according to multiple reports, they have added former Utah Jazz head coach Tyrone Corbin to the list of potential candidates that already includes Alvin Gentry.

Corbin was ousted by Jazz management after posting a 112-146 record over the last three and a half seasons in Utah.  Corbin had the unenviable distinction of replacing Hall-of-Fame coach Jerry Sloan midway through the 2010-11 season and watched the talent of his team diminish each season.  The Jazz finished last season with a Western Conference-worst record of 25-57 and will draft fifth overall in the NBA Draft later this month.

The 51-year-old Corbin spent 16 seasons in the NBA, including two stops in Sacramento.  With rumors abound, we spoke with Jody Genessy of the Deseret News out in Utah to get the inside scoop on what the former Jazz coach brings to the table.

CK: You’re hearing that Corbin is looking to jump right back into the coaching game as an assistant, and Sacramento, along with the Warriors and Rockets, are potential suitors.  Where is this process right now?

JG: Right after the Jazz decided that they weren’t going to bring Corbin back, I had heard that multiple teams had reached out to his camp with initial interest and now the ball is moving and he is going to be interviewing with the Sacramento Kings and it turns out that Houston and Golden State are on the radar as well.  I think that it makes sense.  He is a respected guy.  He’s been with Utah the last 10 years.  When he was Jerry Sloan’s assistant coach, he was really highly regarded as a bright basketball mind.  He has good experience as a player and a coach and sees the game from both perspectives.  I think that will serve any bench very well.

CK: Certainly Corbin is respected throughout the industry, but what kind of coach is he?  Jerry Sloan always had Phil Johnson as his No. 1. What were Corbin’s duties as an assistant and how did that experience translate when he got his shot to run the Jazz?

JG: A lot of his duties were to develop the bigger guys and he was kind of an intermediary between Jerry, the head coach, and the players.  He was a guy that they would lean on.  C.J. Miles was a guy who always credited Corbin with taking extra time to help him develop and be a sounding board and did a lot of things behind the scenes to really help his career.  For Ty, once he got into the head coaching position, it changed a little.  Obviously, it had to.  But his strengths were minimized a little bit.

I think he was hamstrung by the Jazz roster.  I don’t think he had a lot to work with the last three and a half years quite frankly. Jerry Sloan steps down and then two weeks later, they take away Deron Williams and send him to New Jersey.  He’s stepping in for a Hall-of-Fame coach and he doesn’t have his best player.

CK: What were some of his deficiencies as a coach?

JG: Some of the criticism of Ty is that he relied too much on veterans and he didn’t give the younger guys a chance to get playing time and experience.  That ultimately bit him a couple of times.  He gave Raja Bell all kinds of playing time and then they ended up having a spat and for an entire season, Raja was on the Utah roster but was kept away from the team.  That situation hurt team chemistry a bit.

CK: Do you think that Corbin hurt his stock around the league during this stretch?  Will he ever be a head-coaching candidate again?

JG: I’m just going to start this answer by naming off a few former coaches who have been let go or fired – you have Nate McMillan out there, you have George Karl, Alvin Gentry, Lionel Hollins.  Is Ty Corbin above any of those guys and there are more.  The list is long of coaches who had their shot and are trying to claw their way back in.  I think Ty is respected enough and I think a lot of NBA minds realize the tough position he was in Utah.  The thing he has going for him is, he’s a classy guy, he’s a hard worker, he’s a good communicator.  Sometimes he gets a little grumpy with the media, but who isn’t?  He’s a player’s coach and he throws his whole heart and soul into his job and I think that shows. 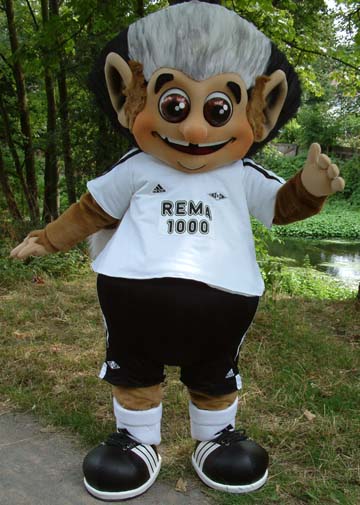 If the Seattle Mariners are going to stay in contention in the American League West, the team will need a fourth consistent starter to go...