Which NBA team is the biggest threat in the Isaiah Thomas sweepstakes?

A number have teams have interest, but which one poses a serious threat?

A number of teams reportedly have interest in free agent point guard Isaiah Thomas.  The Boston Celtics, Detroit Pistons, Dallas Mavericks, Los Angeles Lakers, Miami Heat and Phoenix Suns are believed to be in the competition with the Sacramento Kings for his services next season.

Which of these teams scare you the most in the Thomas sweepstakes?  Let’s breakdown the positives and negatives of what each of these organizations has to offer the 25-year-old point guard.

The good for Thomas: The Celtics have enough money to give Thomas.  He could also have an opportunity to start with the Celtics depending on what they do about Rajon Rondo and fellow free agent Avery Bradley.  The Celtics are a revered franchise as well.

The bad for Thomas: If they don’t address their guard situation, they’d have a glut in the backcourt.  There’s no guarantee that he starts in Boston unless they deal Rondo.  The Celtics are rebuilding and he’d need patience to deal with that while learning a new system.

The good for Thomas: Detroit reportedly offered Thomas a three-year, $24 million.  That might be the most money he’s gotten so far.  Thomas would also likely be the Pistons’ starting point guard upon signing with the team.  The prospect of playing with another talented young big man in Andre Drummond should be tantalizing as well.

The bad for Thomas: How far away is Detroit from returning to relevance?  They’re likely going through a complete rebuild under new coach and head of basketball operations Stan Van Gundy.

The good for Thomas: Mark Cuban isn’t afraid to spend and the Mavs certainly have enough money to pay Thomas.  They’re also probably in the market for a new starting point guard since they just traded Jose Calderon to New York.  Joining the Mavs would give Thomas an opportunity to play for a winning organization.

The bad for Thomas: The Mavs are in hot pursuit of free agents who are in a higher tier than Thomas.  He might have to wait for them to make a decision on other players before they make an official move on him.

The good for Thomas: The money could certainly be there and they can guarantee him the starting job.  Playing for a storied franchise like the Lakers always has cachet for players.  A move to Southern California wouldn’t totally uproot his family.

The bad for Thomas: Does he fit next to Kobe Bryant?  Both players like to have the ball in their hands to be effective.  Would Thomas have to adapt to playing without it at least for the next few years that Bryant is in the mix.  The Lakers also don’t have a head coach yet.

The good for Thomas: It’s South Beach and all they do these days is compete for championships.  If the Heat can keep their core together, Thomas would have an opportunity to play with three superstars who would make his life a whole lot easier.  Not only would Thomas be in a winning situation, but he would also finally get recognized at a national level for all the hard work he puts into his craft.

The bad for Thomas: He would have to lower his asking price.  LeBron James reportedly wants max money while Dwyane Wade and Chris Bosh are still going to command a large chunk of change.  Their interest him also probably depends on whether they can even keep their big three together.

The good for Thomas: Phoenix is an up-and-coming team that’s further along in their rebuild than the Kings.  A backcourt featuring him and Goran Dragic could co-exist.

The bad for Thomas: They may have interest, but probably not as much as they do in Eric Bledsoe.  The fourth-year guard is also a restricted free agent and the Suns can match any offer he agrees to with other teams.  If they can keep Bledsoe, it’s hard to see them having anymore interest in Thomas. 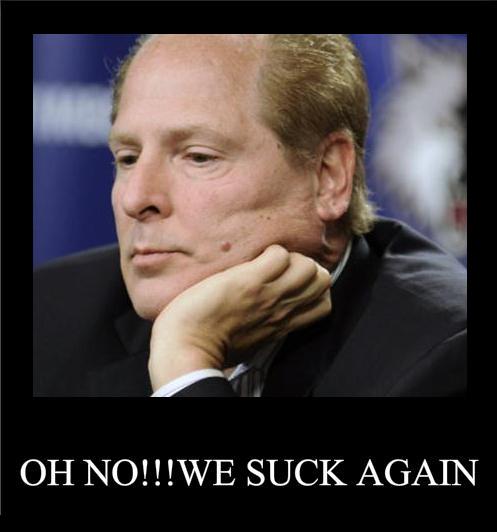 It has become a tradition around here that when a player is not re-signed or is traded in the offseason we have a little photoshop...