Behind-The-Scenes At #SFProAm: The Stephen Curry Show One Of The All-Time Best 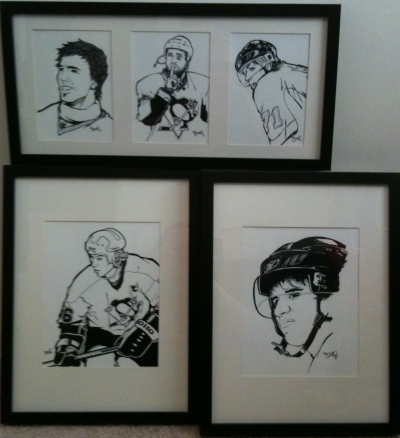 I’m not sure where the rumor first started. Perhaps it was through a friend of “Shakes”, Stephen Curry‘s personal barber. A check of my old texts shows that I’d already asked #SFProAm Deputy Commissioner Bing Dionida if the rumor was true as far back as the week before, and he’d responded saying he’d heard Curry would be making three appearances this summer (and Damian Lillard two, by the way), but admitted he had no idea when or for what team.

Having stars show up at Pro-Am is a much more rare occurrence these days than back in the day, when a Pro-Am All-Star team would play against a collection of NBA players, usually well-stocked with Golden State Warriors players, every week. It was about a decade ago when Gilbert Arenas, Larry Hughes and Jason Richardson were mainstays.

Having Curry come by would, indeed, be big news. By the same token, Steph not showing up would just result in a typical SF Pro-Am night filled with a lot of one-on-one play, missed outside shots, and turnovers. Feast or famine.

Then I got the text from Dionida on Monday night: “Word is Steph and Seth are here tomorrow night.” Well, I knew Seth Curry had already been picked up by the Orlando Magic for their summer league team and that league would start this weekend, so he was likely not coming.

But another source with a direct line into Steph himself gave about the best confirmation one could ask for: “Hahaha…just show up.”

Still, you could never be sure. Matt Steinmetz, a skeptic like myself, even hit me up on Twitter: “Gutsy, should I retweet this?”

The next morning, Rusty Simmons of the San Francisco Chronicle also confirmed it, as well as Pro-Am veteran John Tofi, Curry’s would-be teammate with SF City. Tofi first played in the Pro-Am in 2001 as a junior at Archbishop Riordan High School. Following a college career at the University of Texas, El Paso, he’s been playing overseas, most recently in Belgium, and has returned to the Pro-Am every summer for the past six years.

“When I first found out, it was two days before the game,” Tofi said, “It’s an honor to play with a player of that caliber, exciting, especially for the San Francisco Pro-Am. There aren’t too many pro players that come around and play over the summer like it was before.”

When I got to the gym — okay, okay, it’s slightly bigger than your garden variety gym, but I still don’t think it’s a “pavilion” — half an hour before tipoff, there were a handful of players shooting around, but no signs of Curry. The crowd was filing in gradually and I took my usual seat behind the scorer’s table.

Several minutes later, the crowd signaled Curry’s entrance with cheers. Marcus Thompson of the Bay Area News Group wasn’t sure if there was admission (all games are free to public), so he snuck into Kezar behind Curry along with Warriors Director of Team Security, Ralph Walker.

Up until now, only members of the white-with-blue-trim-jersey’ed Bay Pride had been in layup lines while the funk music blared on the public address system (league rules stipulate no hip-hop), but even when SF City emerged from the locker room tunnel, Curry wasn’t with the group. He would make his own entrance a few minutes later:

And yes, he would be wearing his latest #UnderArmour ClutchFit Drive shoes, to go along with camo tights and hoodie:

Wearing No. 9 for the gold-colored SF City, Curry tried a few dunks during layup lines, but he was largely unsuccessful:

In fact, he would make nary a bucket until under a minute to go in the first quarter.

Evidently, Curry was just as anxious about being in front of a crowd as the crowd was. As I wrote in the comprehensive recap (with highlights from all angles), Curry missed his first seven shots.

At one point out of a timeout, he saw Thompson sitting next to me and told him, “You better write I’m 10-for-12 or something like that!”

Halfway through the first frame, Curry made an aggressive defensive play and forced a turnover at halfcourt, nearly ramming into the scorer’s table. Getting up quickly and slightly in SF City’s front court, Curry passed the ball to referee Eric Thome and motioned for the ball back so he could make an inbounds before Bay Pride could get ready. Thome gave him the ball, but Curry then made the inbounds to a teammate standing slightly behind the halfcourt line. I saw Thome hesitate a bit, but play went on.

Under normal circumstances, that’s a backcourt violation. Once possession has been established in the front court, as Curry had with his location of the inbounds, a team can’t pass the ball to the backcourt.

But it was one of those special nights where details like that could be swept under the rug. There were more important things going on.

In the second quarter, Curry righted the ship.

“We all huddled up before the quarter started and we told each other it’s time to use our experience,” Tofi said, “It’s time to use what we know. It’s time to be better and to be leaders on the court and start playing ball. The first half was kind of just getting his feel for it because we hadn’t played with each other and that was his first time.”

By the halftime break, SF City had trimmed their deficit from 14 to 3.

Pro-Am scoreboard operator Reggie Milligan said that he got a chance to speak with Curry during halftime.

“He stated that, ‘I can’t hit, my first half was awful,'” Milligan said.

In the locker room, SF City coach Carl Jacobs reminded the team they were 0-and-2, that they had gone out there playing as if they were 2-and-0 and winning by thirty points.

“It was up to us to make that change so when we came out, we made adjustments,” Tofi explained, “We let our play talk and it started with Steph.”

The rest was history, a night for basketball mix-tape editors to cash in, and lifetime memories to be made, including a little premature celebration of an assist to a Curry three-pointer for Tofi, where a Bay Pride player had gotten a rebound off an SF City miss, but Tofi stole it.

“I think it was off a turnover and my first thing was to try to grab the ball, get a layup and I turn around I saw (Curry) open,” Tofi said, recalling , “I seen him by himself. For him that’s a layup. I threw my arms up and I ran back (on defense). I didn’t have to turn around.”

Sure enough, that pass became three of Curry’s 43 points that night.

And yet, that wouldn’t be Tofi’s last assist to Curry.

Steph checked out of the game with a little over two minutes remaining. That’s when the crowd started gathering behind the SF City bench.

At first, Walker was just joking around with the team, saying they might need to help Curry get out of the building.

After the team picture, with an ever-growing crowd looming, Walker turned to Tofi and said, “Yeah man, I’m definitely gonna need you.”

And with that, Tofi put Curry in a sort of protective headlock and led him away to the parking lot. Thompson had told me that he wanted to get an interview with Curry after the game, but given the circumstances, I wouldn’t be surprised if that didn’t happen.

“In the Bay Area, Steph Curry has reached Barry Bonds, Joe Montana status,” Dionida said, “He could have gone 3-for-21 and the fans would love him and support him.”

“The last time I witnessed a crowd reaction like that when Jason Kidd, Gary Payton, and Brian Shaw played in the league,” Milligan said, “not to mention when the Warriors with Chris Mullin, Tim Hardaway, Chris Gatling, and Latrell Sprewell came down every Saturday to play the Pro-Am All-Stars.”

“(Steph) wasn’t obligated to do something like that,” Tofi said, “He put on a show for the crowd knowing all eyes were on him. It was pretty dope.”

View all posts by poormanscommish
Read next 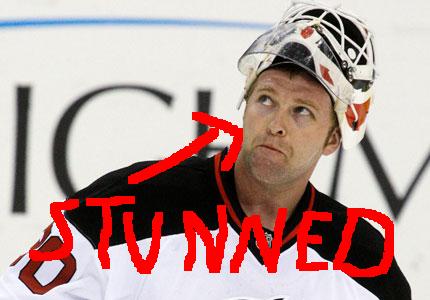 Five Players to Watch in the NBA Summer League

For those of us still hung over on patriotism from the World Cup and the 4th of July, we can all relax and take in...