Basketball became completely secondary Friday night when Indian Pacers forward Paul George suffered a catastrophic lower leg injury in the televised USA Basketball showcase intrasquad scrimmage.  Thoughts and prayers go out to George who will clearly be out of action for most, if not all of the 2014-15 season.

For Kings fans, they had tuned in to the game with the hopes of seeing DeMarcus Cousins solidify his spot on Team USA’s traveling squad.  Without big men Kevin Love, Blake Griffin and LaMarcus Aldridge, Cousins appeared to be a lock to make the team.  That changed Thursday afternoon when an ESPN report surfaced that Team USA head coach Mike Krzyzewski and his staff were considering Brooklyn Nets big man Mason Plumlee over the Sacramento Kings center for the World Cup in Spain later this month.

Before the injury to Paul, Cousins was making headway in his bid.  The former Kentucky star was clearly one of the best players on the floor, but was it enough to show he fits the system in place?  If Friday night’s exhibition game in Las Vegas had any bearing on the decision, it would be shocking if Cousins doesn’t make the team, but nothing is guaranteed.

It may not be a great thing for the regular season, but Cousins is taking the international defensive rules to heart.  There is no defensive three seconds in international play and once a ball hits the rim, it is fair game.  Cousins stood his ground in the post, rarely leaving the key area, and showed off his quick hands.  While he hustled the floor better than any time in his four-year NBA career, he still got beat in transition on a couple of occasions, especially when matched up with the speedy Plumlee.  Overall, Cousins looked solid, if not above average.  He’s in the best shape of his career, by a long shot.  He has redefined his body, which will play into the Kings’ up-tempo style this season.

Cousins on the glass

Dominant.  Cousins led the NBA in defensive rebounding percentage at 30.5 percent last season and was fourth overall in rebounding percentage.  In this game, he was an absolute force on both ends.  The 23-year-old center has some of the best hands in the game and with international rules in play, he was able to camp out and gobble up boards like he was playing against children.  Despite his leaned-down body, Cousins is broad through the shoulders and a bear to get around when he boxes out.  If he plays solid minutes for Team USA, he will lead the team and probably the tournament in rebounds per game.  With the offensive scheme built around perimeter players, Cousins was all over the offensive glass.  He grabbed a handful of offensive boards and powered straight through the opposing team.

With great offensive players all around him, Cousins is going to have a tough time getting major touches with this team.  If he makes the team, he will have to feed himself by out-hustling his opponents on the offensive glass and finishing.  In this game, Cousins showed a willingness to take a back seat, while staying engaged with screens and rebounding.  He is the best passing big man on the team and perhaps the best ball-handling big, as well.  Not only did he initiate the break, but he found his teammates with a couple cross-court passes for open looks.  He is learning valuable skills at Team USA that will translate well when he comes back to the Kings, especially with the addition of sharpshooting rookie Nik Stauskas.  An undervalued aspect of his game that will come in handy in international play is his ability to get to the foul line.  Cousins is a bull in the post and you only get five fouls instead of six when playing overseas.

Team White dominated when Cousins and Durant were on the floor.  The moment they left, Team Blue made substantial runs.  Cousins showed the fire that we have grown accustomed to in Sacramento, but it was always at the end of hustle plays.  He rushed one shot early, but overall, he stayed within the team concept, ran the floor and fed his teammates.  There is no question that he made his team better and there was also no question that he was one of the best players on the floor filled with All-Stars.

It’s unfortunate, but Cousins’ chances improved greatly with the loss of George.  Either way, Cousins is the most offensively gifted big man on the roster and a monster on the glass.  As a player, he deserves to be there as much as anyone, which was evident on Friday night.  But representing your country is about more than just skill.  If Krzyzewski and director Jerry Colangelo believe Cousins has matured and they are comfortable with him representing USA, then he makes the team. 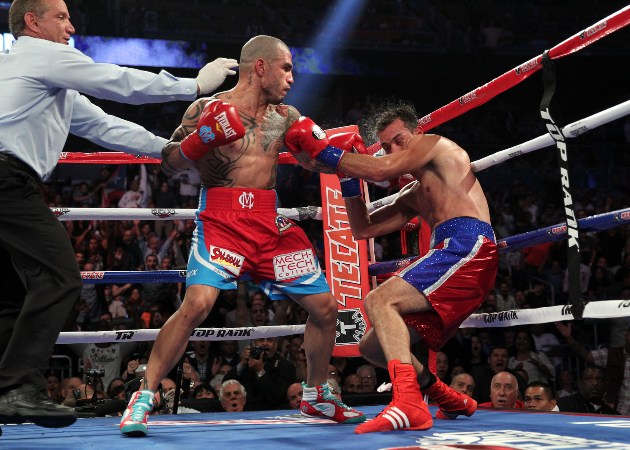 The 2013 BCS National Champions will be getting their 2014 campaign underway in Dallas on August 30th. After winning its first national championship in 14...