As has seemed a microcosm of the Indians season, the Indians ended a four game winning streak with a four game losing streak. The upcoming week in Indians baseball should be a little easier however, as they play just five games in the next seven days. This should be incredibly useful as the team is obviously worn down with injuries and exhaustion. In addition to Michael Bourn, Nick Swisher and David Murphy, who are on the DL, several Indians have missed time in the past week with nagging injuries including Yan Gomes and Chris Dickerson. While he hasn’t been officially diagnosed with anything, Michael Brantley has also been playing below his normal intensity level on the base paths and been relegated to the DH position rather than playing in the outfield. Right now, the biggest thing for the Indians this week is having Monday and Thursday off.

The week will begin with a two game series in Cleveland against the Diamondbacks. Arizona is in the midst of an extremely disappointing season as they sit 14 games under .500 after believing themselves contenders early on. They have continued struggling of late, losing five of eight in August including a three game sweep from the Royals. While many of the snakes are struggling, a couple players to watch are young outfielder, David Peralta (.360 AVG, 5 RBI in August) and starting pitchers Chase Anderson (1.50 ERA, .205 BAA, 0.92 WHIP in August) and Trevor Cahill (1.29 ERA, 7 K’s, 7 IP in August). After winning the series against New York, the Indians should be obvious favorites in this series on Sports Betting Sites.

After the off-day Thursday, the first place Baltimore Orioles will come to Cleveland for three. The opposite of the Diamondbacks, the Orioles are on fire, going 7-2 so far in August with games against the contending Mariners, Blue Jays and Nationals. While the official starting pitchers have yet to be announced, it is already obvious that the Orioles will have a major advantage. The Indians are having trouble deciding on their three through five starters following Corey Kluber and Trevor Bauer and have just one pitcher, Kluber, with at least 100 innings pitched. Baltimore, on the other hand, has four and while none of the Orioles pitchers can match numbers with Kluber, all five are superior to the rest of the Indians rotation. Outside of former Tribesman, Ubaldo Jimenez, each starter has an ERA of under 3.90 with at least 80 strike outs.

Offensively, the Orioles have another thing the Indians can only dream of, power. Three Orioles have twenty home runs already including Nelson Cruz, who has been one of the most surprising hitters in the Majors this year. After signing late in the Spring after a steroid suspension and qualifying offer marred his free agency, Cruz has become the O’s top offensive threat.

If you are interested in seeing any of this weeks Indians games in person, check out our partner, TicketMonster.com for great deals for seats with no fees.

Despite a possible injury, Michael Brantley has still powered through and been the Indians top hitter this week, this month and this season. He has knocked in eight of the Indians 28 runs in the past week and scored another three, excluding home runs. In those seven games, he has batted .360 with two doubles a home run and a steal. Although it is only four games, Brantley now has the Indians longest active hitting streak in addition to his three game RBI streak.

It is hard to chose just one cold player for the Indians after poor performances by most of the bullpen and starting rotation in the past week, but the worst of all were Chris Dickerson and Nick Swisher, who provided no help despite starting almost every game. Since Swisher is now on the DL, Dickerson should be the primary focus. In the Tribe’s last seven games, Dickerson has reached base just four times and hit safely just twice, his only extra base hit coming on the first day of last week. In addition, he has struck out eight times to go along with his .105 batting average, a far cry from his hot start with the team.

Joseph Coblitz is a writer, editor and owner of BurningRiverBaseball.com.

View all posts by Joseph Coblitz
Read next 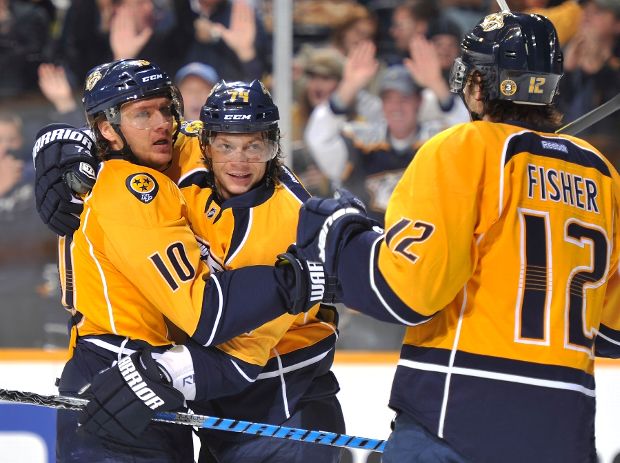 This story contributed by Scott Hirsch. The preseason game against the Patriots changed a lot of minds on a lot of players. In an impressive...