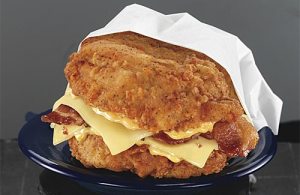 Even as Major League Baseball teams settle down for the year’s pennant race, management is already scoping out next year’s rookies. Let’s take a look at some of the hottest prospects that could take the field next year.

Jorge Urias, a lefty with a 97-mph fastball in the Los Angeles Dodgers farm system, is barely old enough to drive, but the Dodgers might add him to their rotation in 2015 after his 19th birthday. When Urias turned 16, the Dodgers signed him for $450,000. Urias now plays for Rancho Cucamonga, a Class-A Dodgers farm team in San Bernardino County, California.

Scouts and people who love to bet on baseball have marveled not only at Urias’s pitching, but also at his maturity. In addition to his fastball, he throws a wicked curveball and a serviceable change-up. At the same time, people worry about letting him into the big leagues at such a young age. For now, the Dodgers are keeping his pitch count low and letting him gradually build skill in the minors. By 2015, don’t be surprised to see this 19-year-old phenom on the mound in Los Angeles, even though the Dodgers already have a ridiculously talented pitching squad.

Even though Chicago Cubs fans are a loyal bunch, they’re at Wrigley Field for the beer and the atmosphere, not for the infrequent wins. However, thanks to some smart recent draft picks, the Cubs might recreate a glorious infield that recalls the Ryne Sandberg-Mark Grace glory days. Tops in their rookie-to-be arsenal is Kris Bryant, a Number Two draft pick for the Cubs in 2013.

At the University of San Diego, Bryant won both the Dick Howser Trophy and the Golden Spikes Award, two awards usually granted to the best collegiate player in the country. The Cubs awarded him a $6.7 million signing bonus and started him with the Class-A Boise Hawks. There, Bryant hit .354 with four homers, earning a quick promotion to the Daytona Cubs, a Class A-Advanced team in Florida. He started with the Double-A Tennessee Smokies in 2014 and got the call to Triple-A before the All-Star break.

For now, Bryant is in Des Moines, but has a pretty good shot at joining former teammate, second baseman Javier Baez, in the Windy City in 2015.

Francisco Lindor was cut during the first round of spring training this year, but this Cleveland Indians prospect has had a dynamite season starting in Double-A Akron and culminating in Triple-A Columbus. Since his promotion to Triple-A, Lindor has stayed true to form. He’s not a power hitter, which is characteristic of most shortstops, but he’s a consistent threat in the batter’s box.

If the Indians trade their current shortstop, Asdrubal Cabrera, to the Blue Jays, then they’ll tap either Mike Aviles or Jose Ramirez to finish the season. However, there’s an outside chance that the Indians will give Lindor a shot this season. If they don’t, he probably won’t be cut from spring training next year. Fortunately, it’s not too far of a move from Columbus to Cleveland.

Denard Span, who turned 30 this year, is hitting well in Washinton this summer. Prior to July, his on-base percentage hadn’t been as strong as the Nationals needed in their leadoff hitter. Outfielder Bryce Harper recently stirred controversy after telling The Washington Post that the team should nix Span from their lineup, leaving Ryan Zimmerman in left field, Anthony Rendon at third base and Danny Espinosa at second. Span has produced at the plate far more consistently than Espinosa, and Zimmerman is out with a hamstring injury, leaving both Harper and Span in the lineup for now. However, if Span gets traded or an opening pops up in center, expect Michael Taylor to be on the shortlist in 2015. 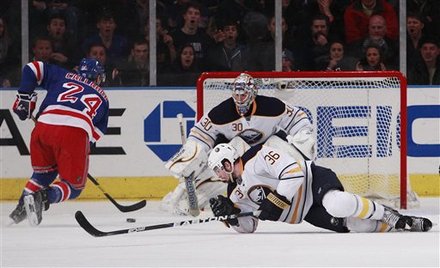 It was a good weekend for the New England Revolution as they followed Saturday’s 1-0 win over Chivas USA with the news that Jermaine Jones...