Nolan Howell: Maidana shouldn’t have wanted a rematch. His style isn’t made to follow gameplans for twelve rounds and Mayweather will have him scouted here. While Maidana has some good early rounds, I don’t expect this fight to be as close as the last one. Floyd Mayweather by UD.

Luke Irwin: Nobody in the game is better at adjustments than Mayweather, and Maidana won’t have the element of surprise to his advantage anymore. His tornado-esque offense won’t nearly bewilder Mayweather as much at it did before. Mayweather via UD. 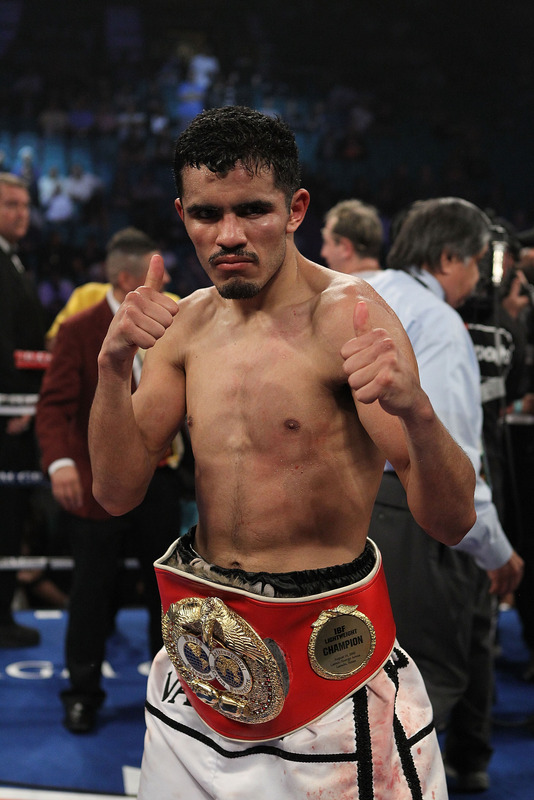 Luke Irwin: This is a mandator challenge for Vazquez, maybe the best lightweight in the world. Bey is tough, but Vazquez is in another ballpark. Vazquez via UD.

Luke Irwin: Another showcase fight for Santa Cruz, as he’s going to dance all over Roman here. Santa Cruz via UD.

Luke Irwin: Well this is going to be a hell of a scrap right here. 57 combined knockouts. Ironically, both suffered their last knockout loss at the hands of Lucas Matthysse. I think Soto guts out a grueling scrap. Soto via R9 TKO.

Luke Irwin: Obviously a bounce back for Angulo to get himself back in the game. Angulo via R2 KO.